​Is your child addicted to the iPad? 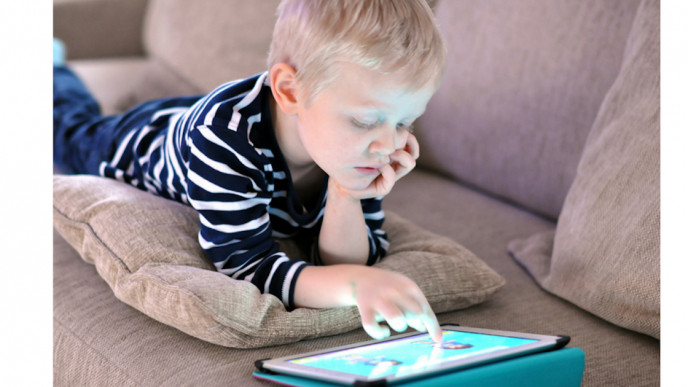 My kids can often be found walking around the house with their iPads or tabletsa foot from their face. They pick up their iPad the second they wake up in the morning and they'd play until bed if I let them. They love playing games, watching sports videos on YouTube and taking selfies with filters that distort their faces.

"Boys! Put it down!" I'll scold if it seems they're playing too much and neglecting things like eating and getting dressed.

I've spoken to many parents about the rules they have in their house, and they run the gamut. Some only allow educational games. Some have a time limit. Others only allow the iPad on weekends. I chatted with one mom whose rule was within my comfort zone, so I adopted it, too. I've told my boys they can play in the morning so long as everything else gets done first: breakfast, homework, reading, getting dressed, brushing their teeth and packing their bags for school. I let them play after school for a bit just to unwind, but I tend to deliberately pack their afternoons with sports, play dates and outdoor play. I haven't tallied how much they play, but I'm sure it's still more than most.

There must be some advantages to allowing kids time on the ipad. They are learning hand-eye coordination, how to win and lose gracefully, how to manage their time and listen to rules. And let's face it: the house is perfectly quiet when they are engrossed in a game. I can cook dinner, clean up or even take them out to dinner without a fuss. No parent wants to use the iPad as a babysitter, but there must be a little wiggle room there sometimes at least.

Yet I know there are dangers. Some experts warn that spending too much time online can affect parts of a child's brain that help with emotional processing and decision making. Other studies have shown the brain responds to using the internet the same way it would to a drug. They now call this an addiction to the internet, and it refers to when people use the internet or their smartphone so much it interferes with regular life.

This is especially risky today when one recent survey of 4,500 Canadian children showed that 90 percent of children between grades four and 11 had their own smartphone, including nearly 25 percent of grade 4 students.

How much time do your kids spend online? What are the rules in your house? Do you think your child might be addicted? Let me know.