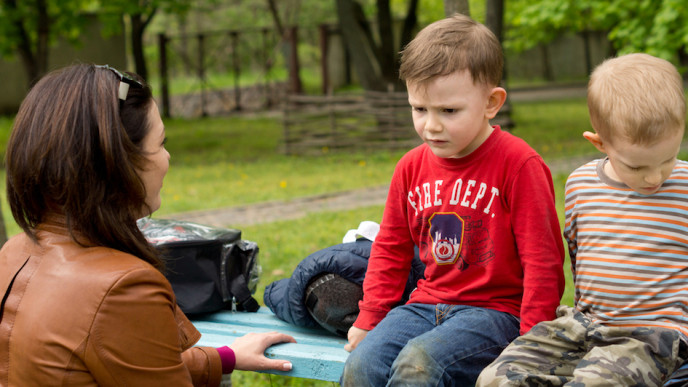 I spent an entire weekend at my oldest son’s baseball tournament. It was great fun to watch him play baseball and to spend time with the other parents and coaches. I wouldn’t trade the experience for anything.

But my younger son might. He often gets dragged along to his brother’s baseball practices and games. He’s happy to come some of the time—sleeping in a hotel and swimming with a big group of boys is fun—but I’m afraid he often feels neglected.

“You love Ari more than you love me,” he told me.

I insisted it wasn’t true. But then he pointed out the fact that we spent a weekend devoted to his brother’s baseball.

I felt horrible—doubly so when his brother came home a few hours later with his championship medal from the tournament. Somehow he always feels second best.

I do the best I can. My family always pitches in. Yet to little kids it’s somehow never enough.

How do you make it work when you have multiple kids competing for your attention? I could use the advice.