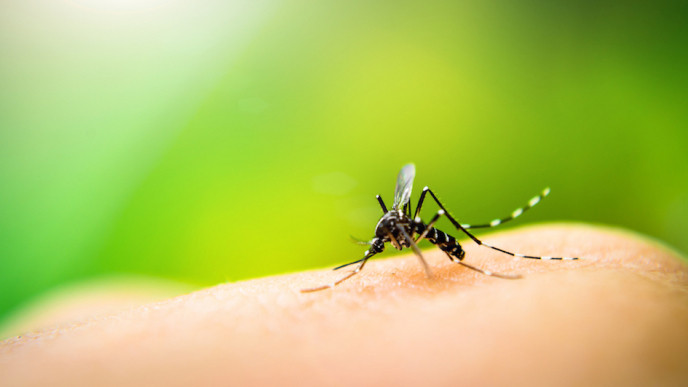 When I was little, my grandmother use to tell me to put toothpaste on my mosquito bites to prevent them from itching. I’ve also been told to use my fingernail to mark my bites with an “x.”

No matter how I treat them or what I do to prevent them, I always get bitten. Mosquitoes find me no matter where I go. I thought my blood might taste sweeter than other people’s (or maybe it’s my sweet nature?), but according to science this isn’t the case.

Mosquitoes actually like adults better than children, sweaty people over non-sweaty, pregnant women over non-pregnant, men over women, and those who move around a lot over those who stand still. That’s because these groups produce more heat and carbon dioxide.

They are also attracted to dark clothes, stagnant water bodies and come out in certain temperatures (12 to 22 degrees Celsius).

While not everyone is affected, many of us end up with itchy red welts all over our bodies. (I’ve had bites in places I’d rather not mention.)

Light coloured tight-knit clothing can help prevent bites, as does the cover of a cold night. But the best protection is a mosquito repellant you apply to the skin containing the ingredient DEET. Sometimes I’m wary of chemicals, but according to scientific literature, it’s the best repellant ever invented. Citronella candles don’t really work. I’ve tried the patches you attach to your clothes—no luck there either.

Unfortunately there have been too many times I’ve been caught unprepared. Right now I’ve got a handful of itchy bites on my arms. The more you scratch the more you itch.

Now I’m looking for home remedies that actually work. Do you have any tried and true ways to prevent yourself from scratching mosquito bites?