Do you love the Clooney baby names? 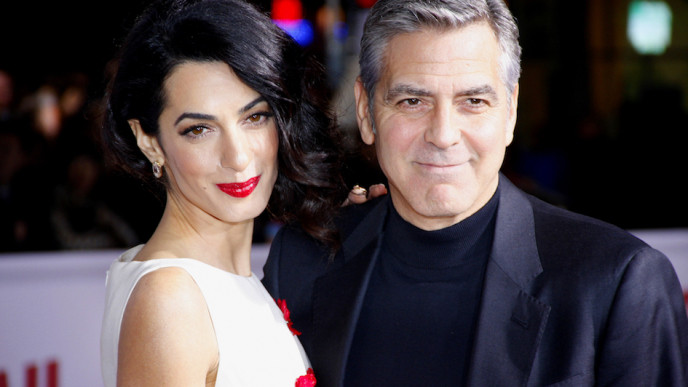 I was pleasantly surprised when George and Amal Clooney named their twins Alexander and Ella.

I thought for sure they would choose some variation of Apple and Orange or Blue Ivy and Green Grass.

There’s hardly a celebrity in Tinseltown that doesn’t choose some odd or different name for their offspring. Think of Bruce Willis and Demi Moore: their daughters are Rumer, Tallulah and Scout. Courtney Cox and David Arquette named their daughter Coco. Ashlee Simpson named her son Bronx Mowgli and her daughter Jagger Snow. I could go on with Kim Kardashian and Kanye West, who named their daughter after directions: North West.

I wonder how they do it: throw a dictionary into the air and see where it lands? Pull two random words out of a hat and go with those? I bet they didn’t think of it at the time, but imagine how hard it is for these celebrities to shop for personalized souvenirs. They will never find a mug or key chain with their child’s name on it. And their children’s teachers! It must be challenging for them to remember the names and spellings of every celebrity child in a classroom of celebrity children.

On top of these difficulties, their name choices make the masses feel boring or uncreative when it comes to naming our own children. How are our children supposed to stand out in a class full of Joshuas, Michaels, Laurens and Sophias?

Perhaps that’s why it’s so refreshing to hear a celebrity choose something more traditional. We can relate to them better. They seem more real and approachable, should we ever have the chance to meet them in person.

Somehow it relieves us of the pressure to find the most unique name for our children. We can just go with something more typical. I quite like George and Charlotte, even though they are a prince and princess. Alexander and Ella are equally beautiful, even if they are Hollywood royalty in their own right.

Do you like the Clooney’s name choices or do you think they should have named their twins something more atypical?