Cereal brand up to its old Trix 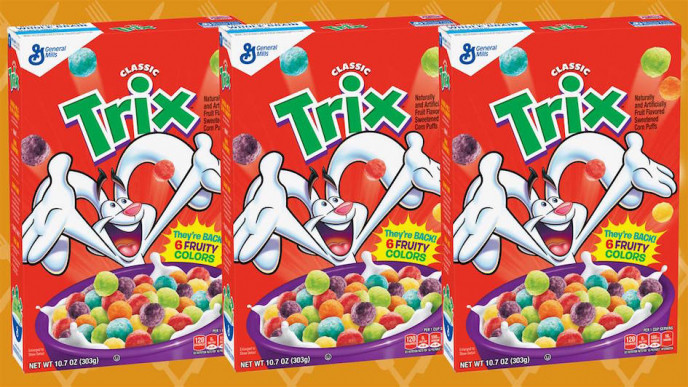 One of my biggest pet peeves is sugary breakfast cereals.

You know . . . the kind with tons of colour. Additives. Marshmallows. Cartoon spokespeople.

I never allow these cereals in the house. I’d rather make my kids eggs or a shake than allow a box of sweet something-or-other into my pantry.

But it turns out, a lot of people do want a brighter start to their day. The demand for colourful bowls of cereal is so great that General Mills is re-introducing vibrantly coloured Trix to appease parents who would rather have some food dye in their cereal rather than drab-coloured puffs in their bowls.

After eliminating artificial ingredients from Trix in early 2016, now, General Mills will be offering two versions of the cereal in the U.S.—one with artificial flavours and colours and one without.

This comes after fans complained about how much they missed the rainbow-coloured cereal they grew up on. Classic Trix will be on store shelves in October alongside its healthier alternative.

I can’t help but feel this is somehow a step backward for breakfast cereals and healthy eating in general. Am I overreacting?