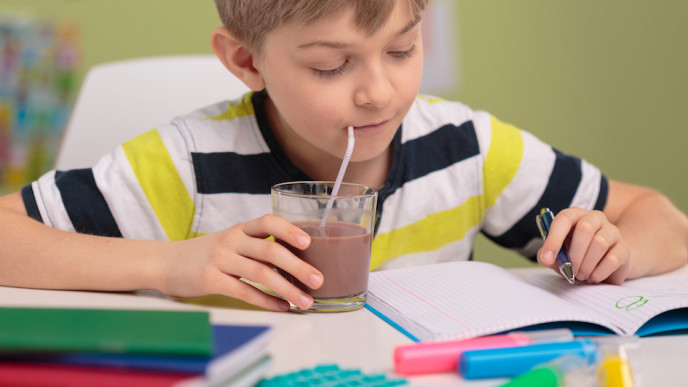 The move was part of a healthy schools initiative meant to increase students' consumption of healthier fat-free milk, but researchers at Cornell University weren't surprised to discover the plan backfired.

They studied 11 Oregon elementary schools that replaced chocolate milk with skim. While the schools hoped children would drink an alternative with less sugar, many students stopped drinking milk altogether. In fact, researchers found that milk sales at the 11 schools fell by 10 percent with students wasting 29 percent more milk than before. In the end, students didn't consume as much calcium and protein.

When I went to school, nobody gave a second thought to selling pop or diet pop in our vending machines. Today's schools are different altogether with healthy food choices a mandatory part of our children's school day.

Some solutions including making white milk more convenient by displaying it in the front of the fridge where it's easier to reach. Another is making sure that half of the milk offered is white.

If schools are going to ban chocolate milk, the study suggests having a plan in place so kids can make up for lost calcium in other ways. I personally have never seen cheese in a vending machine, but maybe that's the wave of the future?

Would you rather your kids drank chocolate milk than no milk at all? Is chocolate milk served in your child's school? How else do you make sure they get enough calcium?