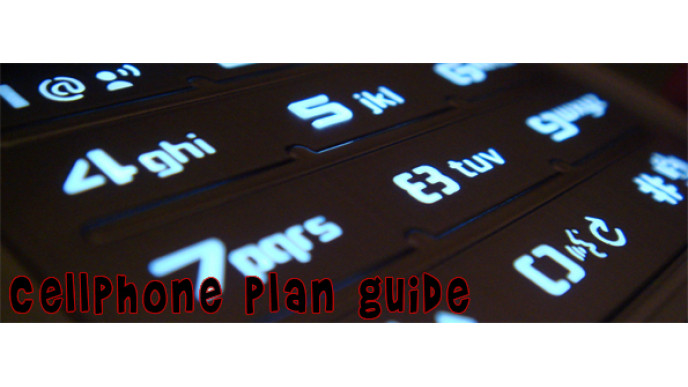 We used to be left with two options when picking a cell phone plan. Now, we're faced with three choices. As if it wasn't difficult enough already!

The original two choices were either pay as you go or contract, and now there's what is commonly known as the "Tab" plan. It’s a concept whereby you add a certain amount of money to the tab for the phone at the start of your contract, and then each month a percentage of your monthly bill is taken off your "Tab" (the standard amount for this is 10%).

There are numerous things to take into consideration when deciding which plan to go for. In the end, it normally comes down to personal preference and your own situation in making a decision between the three types (PAYG, Contract or Tab plans). This article is a comparison of some of the pros and cons of each type of cellphone plan.

The standard contract length in Canada is three years. With this, you will almost always get a free phone or a lower cost for some of the higher end smartphones, and normally a significantly cheaper deal than on PAYG.

With technology moving so quickly, the new cellphone normally comes at a cost. After the first or second year, you're normally already itching to get another one. Then, three years after you've bought your phone, it's way behind the times.  The only way to get a new phone while on contract is buy out of it. To do this, they typically say you have to pay off the remaining months of the contract even with only one year left. If, for example, your contract is $50 a month, you would have to pay $600 or the cost of actually buying an iPhone to break free from the contract.

It makes you wonder whether locking into a contract nowadays really is worth it?

The Tab plans have fit into a gap in the market. This plan is perfect for people who want flexibility.  You want just about any phone, but you’re not sure whether you want to commit for the three years. At time of writing this, Virgin Mobile Canada are offering the Samsung Galaxy S3 for $249 on the SuperTAB with $300 going onto the your ‘Tab’. If you work it out over three years on a $50 a month contract, that means you will reduce your Tab by $60 a year, leaving you with a balance of $120 still at the end of the 3 years. However, if you look at the cost at the end of the second year, you are left with $180 on the tab. This is where the flexibility of the Tab Plan will pay off. You only have to pay $180 to get out of the Tab Plan rather than the $600 you would have paid if you were locked into a new contract.

You might wonder why I haven't mentioned Wind Mobile? Well, for a start, their prices always seem the same as Virgin Mobile for the actual handset, although they offer pretty much unlimited everything for $40 a month. The network coverage is very poor at the moment, barely offering coverage in the city, never mind if you actually leave the city. Live in Calgary and want to go for a few days in Banff? You'll be paying roaming charges all weekend! Check out other providers coverage maps and you will see the difference. They are certainly one to watch for in the future, though. With their coverage increasing each year, there is a possibility in a few years they could be taking on the likes of Bell, Rogers and Virgin if they keep their prices competitive.

Total cost over three years including handset ($249) but not including tab balance: $2049 + tax

Pay As You Go

For some reason, after scouring the internet, I found that all the big four companies aren't even competitive when it comes to Pay as You Go or Prepaid, as it's otherwise known. It seems to indicate they actually don't seem to make that much money when people use this option and also they want you locked into some kind of contract.

The best PAYG I could find on the market was Speak-out by 7-11. Yes, sounds crazy, the best PAYG deal in Canada is offered by a gas station! Their deal is 100 minutes, unlimited browsing and unlimited incoming and outgoing texts. I have used their service for a few months and the only frustration with it is the internet. They say ‘unlimited browsing’ because you are unable to use apps etc. However, I know a fair few people who use the network and it seems that some people have apps that work and others don't. It seems to depend on which phone you’re using. I was able to get the majority of apps working on my Samsung Galaxy S2. I tried it in my old HTC Wildfire and couldn't get it to work, though I certainly imagine there is some way around it. Another small issue is that you have to top up $35 to be able to get the $30 deal. Even at $35, I found it to be a very reasonable deal and certainly the best I have seen in the PAYG market.

Pricing your actual cell phone up leaves you free to go to the likes of eBay to purchase your handset. The Samsung Galaxy S3 in new condition can be bought for anywhere from $320 - $500; the most common price paid seems to be in the $425 region.

Total cost over three years including handset: $1685(Samsung Galaxy S3 off Ebay in New condition at $425)

Seemingly, the issue with Speak out 7-11 and other comparable PAYG plans is the unlimited browsing. If you want to go on the same deal with Rogers for unlimited internet with full use of apps, then by the time you have added the internet it brings the price up to around $60 a month. Wind Mobile offer PAYG for $40 a month with unlimited everything (Same as their WindTab deal). However, as previously stated, you need to be careful in terms of coverage and check their coverage map. If you only stay in the areas where they have coverage then it certainly could be a feasible option if you’re looking for the use of apps, but don't want to be locked into a contract.

At the end of the day, it really is down to personal preference. If you like having the newest model on the market, I believe the tab plan is perfect for you. I have heard many people argue recently that contracts are outdated and the tab plan is eventually going to take over completely. I would have to disagree, as when you think about it, you're locked into a contract on the tab plan, too, since you have to pay the phone off to be able to exit the contract (oops did I just call it a contract?). Unfortunately, it is a contract in the grand scheme of things, but it is still a great option and in my opinion, it's simply a contract with more flexibility.

Hopefully this guide has taught you a few things: