School Uniforms Becoming More Popular in Canada - Are You on Board? 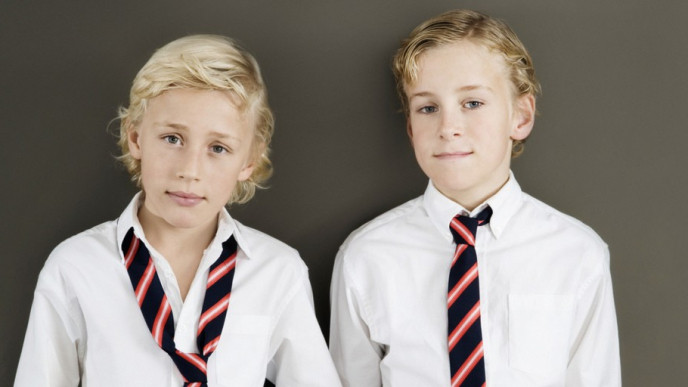 School uniforms are popular in the U.S. and across the pond - but not so much in Canada yet. For the most part you'll only find the mandate for uniforms in independent private schools, Catholic schools and high schools, as well as Quebec. While uniforms still remain scarce in public high schools and elementary schools, you may start seeing them becoming mandatory in the near future. Are you on board with the idea of school uniforms?

Uniforms seem to have their pros and cons. As they roll out into more schools, I am sure it will be quite a controversial topic. The benefits are many, but some parents and educators have voiced their concerns as well. Which side of the fence will you be on?

The potential benefits that school uniforms can bring:

The potential downside to having students wear a school uniform:

If you are sending the kids off to a school that requires a uniform, there are a few Canadian retailers that sell such a thing. You can shop at Old Navy, Gap and Sears for some uniform pieces, although some schools have a specific supplier that you must order from. It is best to find out from your child's school before making any of these purchases.

In my personal opinion, uniforms by themselves will not make schools better. I think if uniforms were used in combination with a supportive school that already pursues high standards and great academic performance, then they would be a great addition.

How do you feel about school uniforms becoming more popular in Canada?