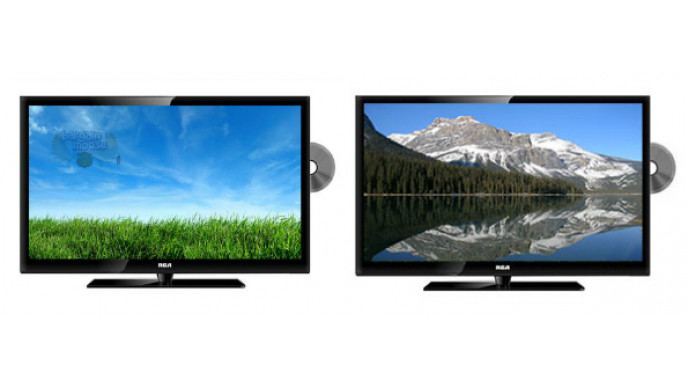 That dorm room could use a little sprucing up or, perhaps, you want a new television for the bedroom or the kids want a new TV for the play room. Either way, pick up this inexpensive all-in-one RCA 32" LED TV/DVD Combo on sale for from $268 down to just $218. According to my cart, this television will also receive free shipping as it costs over $50 yet is not considered oversized/heavy.

Let us get started on price comparing. First of all, so few online retailers actually stock this television. I did end up finding this RCA television at The Source Canada, where they sell it for $359.99. In the USA, I found similar models of the same size around the $300 mark with some dipping below that on sale.

This 31.5'' rear lit LED television features 720 HD resolution that is 16:9 wide. The dynamic contrast is 5000:1 and the response time is 7ms. The television comes with 2 HDMI ports and a myriad of other connections. Use this television as a secondary TV in another room, or turn this HDTV into a monitor for your laptop or desktop computer. It is pretty simple to turn a television into a monitor; you merely plug in an HDMI cable and edit the settings on your computer. This is actually an affordable way to buy a BIG monitor on a budget. An actual 32" monitor would cost you a small fortune.

I think that these televisions are really best for kids and young adults. Kids and broke students really do not care whether they have the best resolution on the planet or not. They just want to watch their cartoons and movies. In a play room, this would make an excellent television for young children to watch their favourite shows on, like The Cat in the Hat and others. With the built in DVD player, there is no need to buy a separate unit. Just pop in Frozen and you are good to go.

For university students, this is also an ideal unit. This 32" TV is small enough to fit into a dorm yet big enough to enjoy movies. With the built in DVD, there is one less thing to buy. Also, the television can double as an external monitor when they are conducting research or working on homework.