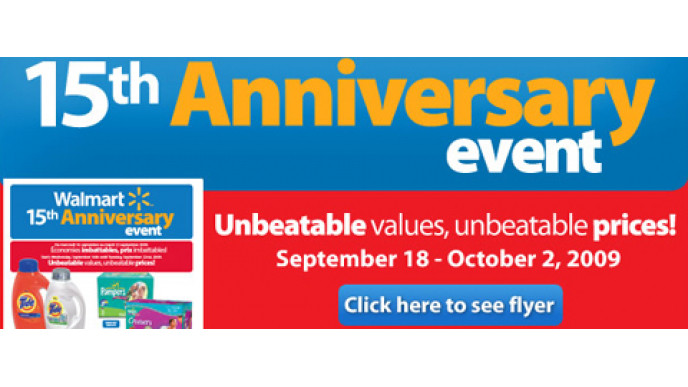 I've had a glance through the flyer, and there are loads of product ranges on offer, from detergent to diapers! Here are a few items that catch my eye:

There should be an update on the flyer next week, as the event doesn't end until the 2nd October 2009.

Hey guys - don't forget that if you have any good printable coupons which have been previously posted on Bargainmoose, make sure to print them out and get some extra discounts!

WALMART CANADA PROMO CODE: Use this Walmart coupon code to get $20 off your first grocery order - limited time