WagJag Canada: 45% Off Tickets To Canada's Wonderland PLUS Exclusive Additional 10% Off PLUS Bonus $10 Credit 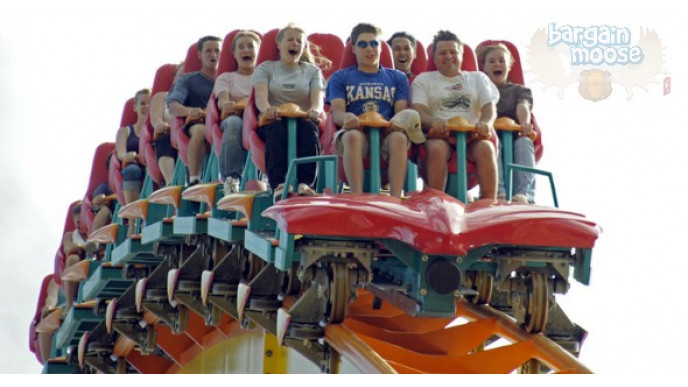 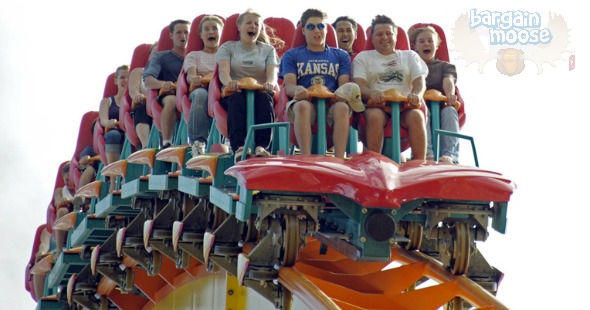 I didn't get to go to Canada's Wonderland at all last year, but I plan to this year - especially with this discount. Right now WagJag Canada has Canada's Wonderland tickets on sale for up to 45% off the regular cost. Not only that, but we have an exclusive coupon code to get an additional 10% off that already low price. You will also get a bonus $10 WagJag promo code to use on a future purchase.

Click here to get your Canada's Wonderland tickets now @ WagJag.com

After you apply our exclusive coupon code at the check out process, the prices will look even better. How can you resist this discount on tickets to a family fun place? After the exclusive 10% coupon code is applied, here is what these tickets will cost you:

Since Canada's Wonderland tickets would cost you about $70 each after taxes have been applied, this is basically getting two tickets for the cost of one. Don't forget that you will even receive a $10 WagJag promo code on Monday June 15th. This promo code will expire on August 31st, so you have the summer to decide what you would like to purchase. I don't see any fine print regarding a minimum purchase total to apply your $10 credit, so maybe you will even be able to get a freebie out of it.

Your admission tickets will be valid through October 31st, 2015. I snagged 4 tickets so that we could celebrate Father's Day at Canada's Wonderland. You won't get physical tickets, but rather a voucher you have to print and present to be admitted into the park. Taxes are included, there are no additional charges. There also seems to be a few new attractions this year - like the Typhoon and some water park additions.

You can get future WagJag.com coupon codes from our Bargainmoose forum.

Moosers, what are your favourite attractions at Canada's Wonderland?