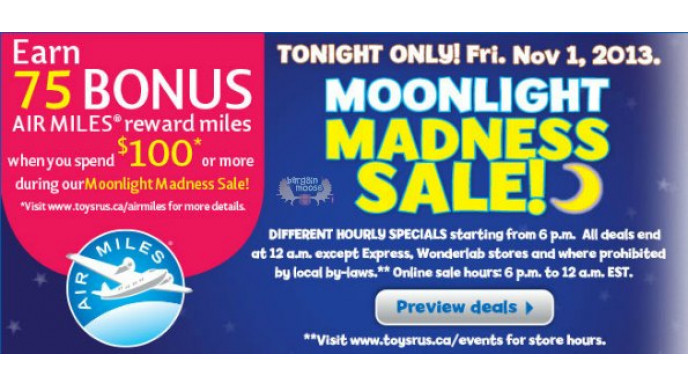 Toys R Us is having their Moonlight Madness sale on tonight starting at 6PM. There will be different deals starting on the hour, both online and in-store.

There are some hot deals happening tonight and I know I'll be online for at least one of them. On top of the deals, when you spend $100, you'll get 75 free Air Miles too.

Here are some of the best deals:

Shipping is free when you spend over $99.