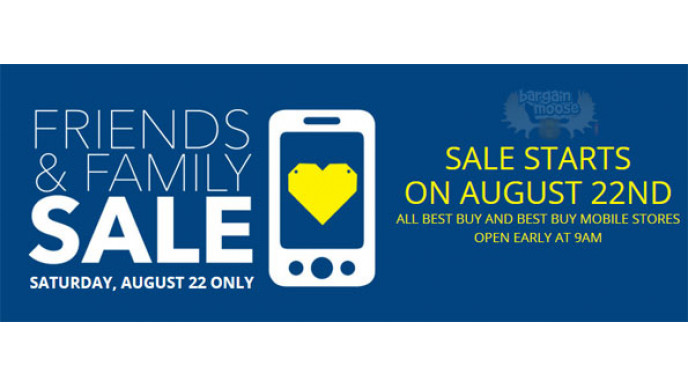 Need a new phone? Today is a really good day to strike as you could take advantage of Best Buy's Friends & Family Sale to get a new iPhone, Samsung or HTC phone for FREE. Some of these even come with a free gift card.

These offers are in-stores only and start as of 9am, so you better hurry. On a new or renewal of a 2-year plan, you could get:

All of these offers are really great assuming that you need a new contract or yours is on the verge of expiring. Don't forget that most companies will offer to renew your contract a couple of months before it's actually set to expire, but do call first to make sure.

Personally, I have the iPhone 5s and I definitely recommend it. It's a very reliable phone overall and I would even venture to say that it's faster than a Samsung. ;)

If you get the iPhone 5s 16GB, which starts at $0 after a $50 trade-in on select 2 year plans, then you will even get a bonus Beats pill speaker, which is a $200 value! This is only with Bell or Rogers plans.

Also, if I were you, I would queue a bit before 9am to make sure that you get to take advantage of these offers. There's no telling how many people may actually show up, so don't miss your chance at some pretty awesome deals!