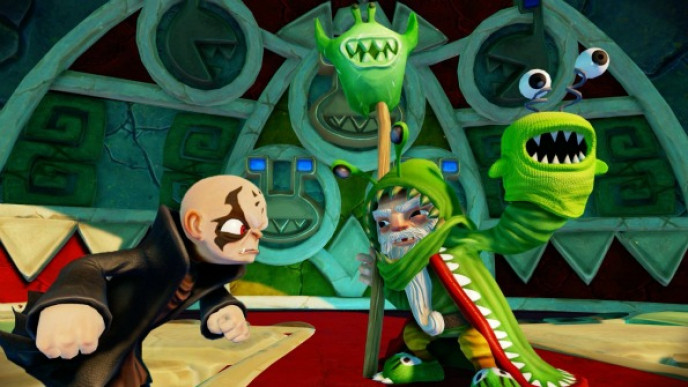 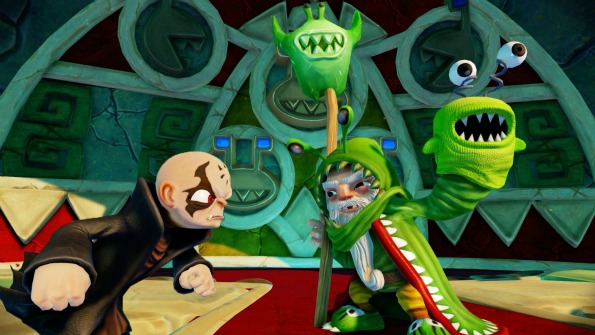 This game is currently in stock for just the PS3 and Nintendo Wii consoles right now - so if you have just bought yourself a new console this Christmas, then now is the time to pick up this awesome game. The PlayStation 3 version is $4.96 and the Nintendo Wii version is $9.96.  This deal is hot hot hot! I could not find this game for these consoles cheaper ANYWHERE else - and that includes the big boys like Amazon and Best Buy. Here are the prices at those two giants:

I actually found this deal when I was price comparing the Amazon Canada price for the PS4 version. I was shocked to see that The Source had it not only for $5 cheaper... they had nearly all the console version for only $20. Here are the prices at Best Buy:

Let's talk game! The start pack includes one (1) video game, one (1) Traptanium Portal, two (2) Skylanders Figures, one (1) Character Collector Poster, two (2) sticker sheets with secret codes, and two (2) trading cards. There are small parts so you will want to keep this for children older than three. This game is pretty awesome for children as it immerses them in the Skylanders world. Adults can have a lot of fun playing it too.

Frankly, this would make an awesome Christmas gift for under the tree this year. This game and included figures has such value beyond what you will pay. You cannot even buy two Skylanders figures for under $20 unless they are on sale - so this deal is super wicked.