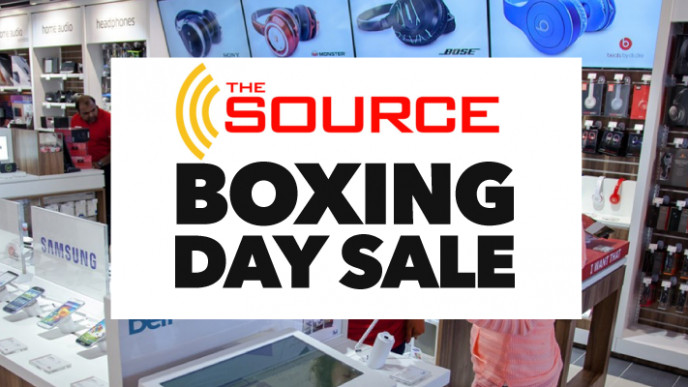 The Source Boxing Day sale is coming! And if it's anything like last year's sale, it will include savings on television, headphones, speakers, MP3 players and more. We will be keeping our eyes peeled for discounts on the ever popular apple iPods and Touch... and will be posting them right here so you won't miss a thing! Receive free shipping on orders of $25 or free shipping on any order to your local store.

Here are some of our favourite savings from last year:

The Source offered a Boxing Deal on Apple TV from $89.99 down to $79.99. Given that it was still full price @ Best Buy, we were all over it! Almost all Apple iPods and Touch were on sale, too!

THE SOURCE PROMO CODE: Find The Source Black Friday deals for up to 50% off selected electronics