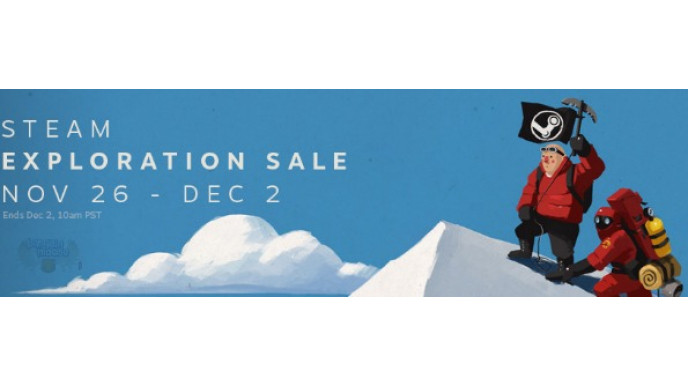 Steam is indulging in an Exploration Sale with feature deals that last a couple days and daily deals that are released at 2 PM EST each day. One of today's daily deals is Battleblock Theater for a breathtaking 90% off. Originally $16.99, the game is now on sale for $1.69.

The game sounds wicked awesome. You are on a quest to free over 300 of your closest and dearest *cough* imprisoned friends from some evil technological cats that are trying to rule the world or run a circus or something. The game style looks a lot like Mario and you can even build your own levels to screw with your friends. It will probably be the best entertainment you have had for $2, much better than that bouncy ball you got out of that giant gumball machine.

Steam has a plethora of great deals on other games right now as well. Here are some of the highest discounts:

Some recently released games are included in this sale for those holding out on the most recent edition of their favourite franchise. The Evil Within was just released in October this year, but the game that usually retails for $66.49 is on sale for just $22.60.

I do not play many games on Steam Powered, but Sid Meier's Civilization series happens to be the one I play most. I have not bought the most recent release, Beyond Earth, as I am not quite ready to step off the planet I know and love so well. However, this sale brings Beyond Earth, which was released near the end of October 2014, down to $34.99, from $49.99.

While scrolling down through the immense number of games on sale I ran into many quirky ones like this BIT.TRIP Presents... Runner2: Future Legend of Rhythm Alien for just $1.35, originally $16.99. This game rather reminds me of a Sonic the Hedgehog racing game where you run instead of drive around and collect gold while navigating obstacles and hitting power ups. Reviews say that the music and scenery are worth it even if you suck at playing the game.

Be sure to check back tomorrow after 2PM EST to see what other amazing games will be on sale.