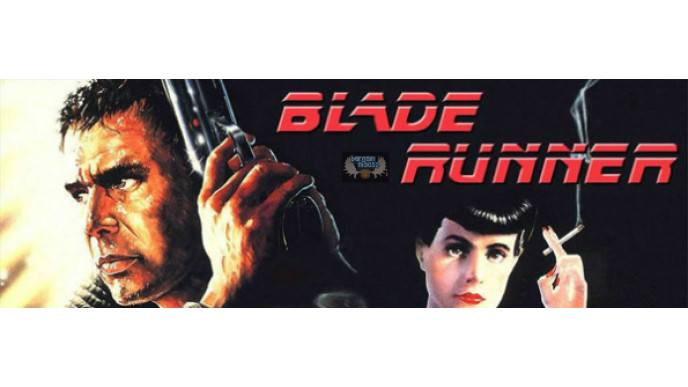 You know how your mom always told you not to run with a blade? This is different. This is SciFi movie gold and money saving magic from Amazon.ca!

If you are a Sci-Fi nerd (Anna, I'm looking at you!) then you're not reading this because you've already jumped to Amazon Canada to buy this. The deal is absolutely amazing. On Amazon.com the same product is selling $58.32 so we know this isn't one of Amazon's phony "save off of the MSRP" deals. Keep in mind that this product only ships on 23rd OCTOBER 2012 so you'll have to wait a bit to get it.

For the rest of you, this is the "ultimate" version of this awesoem SciFi movie. The original 1982 release of the movie was changed from what directory Ridley Scott wanted it to be so in 1993 he released his Directors cut. That didn't satisfy Scott though do in the early 2000's he started to put together the Final Cut; the definitive release of the movie. It got released in 2007 but is being re-released here on four Blu-Rays.

I haven't seen the movie in a while and, to be honest, I don't know if I've ever seen the whole thing from beginning to end. That being said, here is the synopsis as Wikipedia tells it:

The film depicts a dystopian Los Angeles in November 2019 in which genetically engineered organic robots called replicants—visually indistinguishable from adult humans—are manufactured by the powerful Tyrell Corporation as well as by other "mega–manufacturers" around the world. Their use on Earth is banned and replicants are exclusively used for dangerous, menial or leisure work on off-world colonies. Replicants who defy the ban and return to Earth are hunted down and "retired" by police special operatives known as "Blade Runners". The plot focuses on a brutal and cunning group of recently escaped replicants hiding in Los Angeles and the burnt out expert Blade Runner, Rick Deckard (Harrison Ford), who reluctantly agrees to take on one more assignment to hunt them down.