Is the New Pop-A-Zit Game Gross or Fun? You Decide 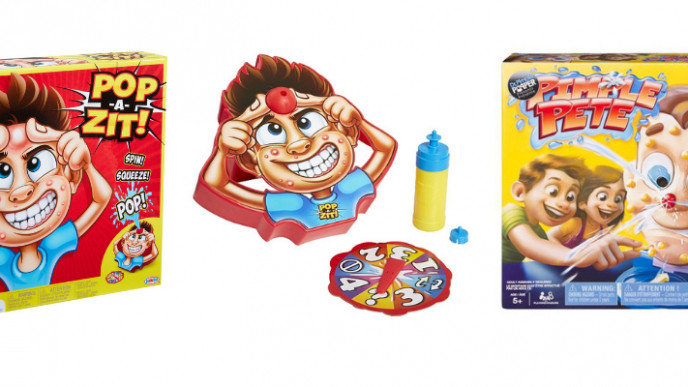 I know I already named Flushin' Frenzy as the grossest game of the year, but I might have to rescind that title and pass the crown over to a new game: Pop-A-Zit.

I'm getting a little nauseous just thinking about it, but this is already one of the most popular games on the market right now. I'd just suggest waiting WELL after dinner before you play it at your next family game night.

Here's how it works: you spin the dial to take your turn and then try to squeeze a zit. You might successfully remove it, or it'll pop and spray water all over you!

I've seen it online at Toys R Us Canada and EB Games for $29.99, and it's also available in stores. The game is intended for at least two players, and you can even replace the water with silly string!

If you want something that is somehow even more disgusting, there's a very similar game available at Walmart Canada, called Pimple Pete. It sells for $19.93 and is an "explosive" game presented by Dr. Pimple Popper, where you need to safely extract (wiggle and pull out) pimples off Pete's face. Watch out, because one wrong move could set off the Mega-Zit filled with water on his nose.