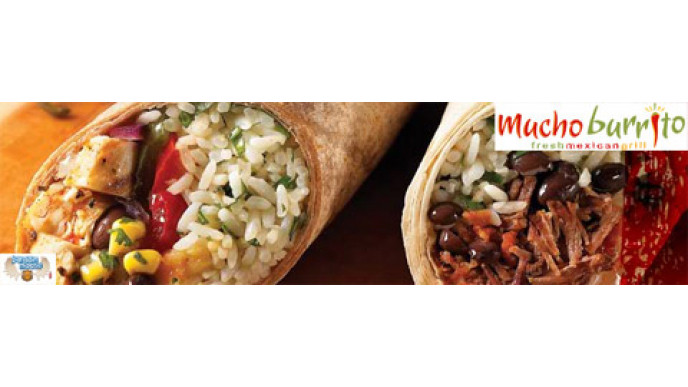 Mucho Burrito Canada has released a few special coupons and deals. First of all, there's a press release stating that on the 5th of May 2010 (Cindo de Mayo!), they will be offering their pequeno 10” and medio 12” burritos for only $5.00 at all restaurants.

Secondly, there are a few coupons which you can print out and use in their restaurants, after the Cinco de Mayo event.

There are Mucho Burritos in Ontario, Alberta, Saskatchewan and British Columbia.