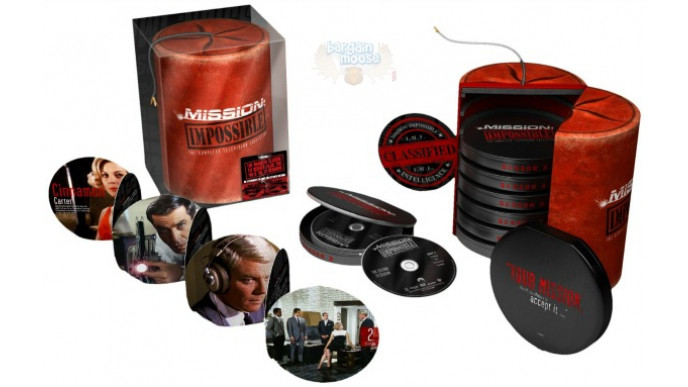 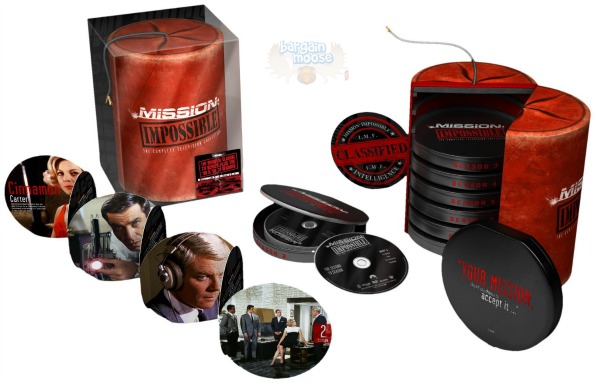 Mission: Impossible - The Complete Television Collection Gift Set is on sale at Amazon Canada for just $109.99 right now, with a retail price of $374.99.

If you are thinking Tom Cruise, then you have the wrong series. Mission Impossible was a TV series on for seven seasons with awesome gadgets, incredible spy work, and edge of your seat timing that made for an incredible series. The plots were intricate, requiring you to follow along and try to work out what was going on and who did what. The TV Mission Impossible really had the depth that Tom Cruise's action flick movies did not.

This may be an older series, but I find that most of the best television shows are. They never showed Mission: Impossible on the channels we had, but it was airing around the time that Avengers and Get Smart were on televison. As this reviewer says:

This is a good series the original everything before most or some of these watered down series and the movie. I can remember watching re runs of this series and I'm glad it's available now on DVD in a collection set. Just the starting of the theme song is awesome. If you have never seen this original series give it a try, even watching it now today it doesn't seem old a lot of things gets better with age and for a show that started in 1966 it sure can give some of these series today a run for their money.

There are seven seasons in this box set, so you are getting each season for approximately $15.70. Then you have the really cool packaging that looks like movie reels inside a very fat stick of dynamite. I think this is one of the coolest packages I have seen lately but I am biased because I love mystery. In total, you will get 56 disks of television gold, which equals countless hours of entertainment.

I price compared this set with the few other places I could find it. Walmart Canada is selling the same TV gift set of Mission: Impossible for $260.58. Individual seasons start at $17 and go up to $34 each at places like Best Buy and Future Shop. Thus, purchasing this box set is the best deal you can get.