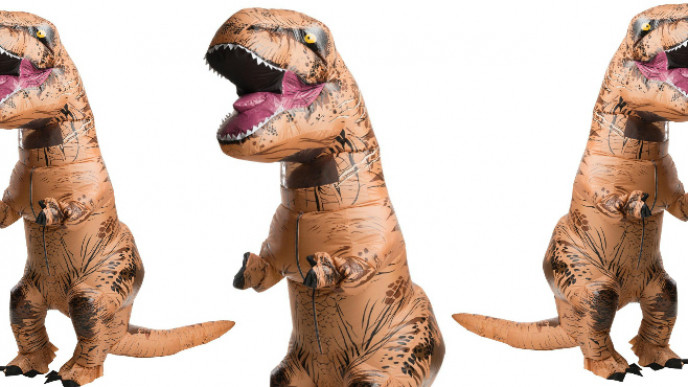 Rubie's Costume Co has really done it with this Jurassic World T-Rex Inflatable Costume. This is the costume that you see in all of those hilarious videos on YouTube, and I can't wait to see what kind of creative fun my family can have with this one. It is on for $84.99 down from $119.99 at Amazon Canada while supplies last.

This costume is hilarious! It does require AA batteries which are not included. Can you imagine the havoc you can cause running around as a dinosaur? I didn't think this costume would be as realistic looking as it actually is. I had a quick look on YouTube to see if there were any videos of this thing, and I found this hilarious video of the inflatable T-Rex dancing to the Watch Me Whip song.. Ever see a tyrannosaurus twerk before? Now I can say I've seen everything.

Free shipping since this item is shipped and sold by Amazon Canada and is over $35.