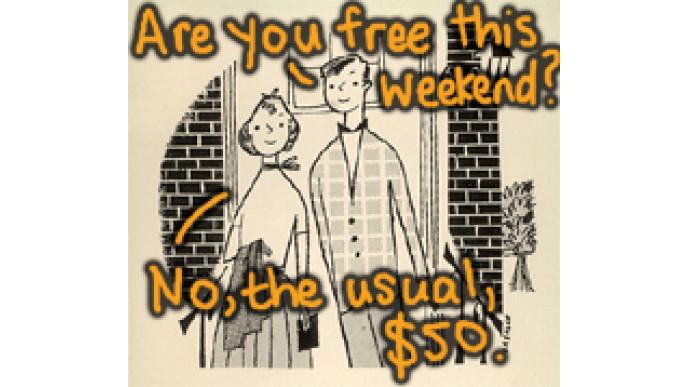 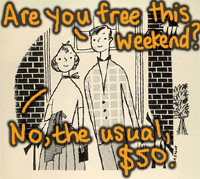 12th Feb 2009 - Aahhhh the dating game. One of life’s little tribulations. But with the invention of the interwebtubes… dating is now so much easier! We have the likes of eHarmony Canada to help us to connect to like-minded people, for possible friendship… and more!

Normally eHarmony charge a subscription fee for you to review your matches and possible dates. However, on Valentines weekend (Friday February 13th - Monday February 16th 2009 NOW Thursday 26th March to Sunday 29th March 2009), they are waiving this fee and you can use their complete service for nothing. Nada. Zip. Zilch.

I’ve heard a few scary stories about people who are quite addicted to these kind of sites. A friend of the family (lets call him Mr X) apparently fell in love with a girl from a nearby city. They met a few times, and were getting on fairly well. The next thing Mr X knows is that the woman’s sister called him to report that she was dead. This came as a bit of a shock! So he toured the cemeteries trying to find her funeral on the day it was reported to be, but alas and alack, he could find no such funeral! When he got home, the recently deceased was still logged into MSN instant messaging… but apparently that was her sister using her account. Hmmmmm. Beliveable. I don’t think so.

Have you seen Burn After Reading? The lady in that is quite into the whole internet dating scene. She hits the jackpot though, when she finds George Clooney is her blind date! Whoo hoo! That’s a blind date I could live with.