Google Play: Walk Off The Earth “Sing It All Away” Album Now 99 Cents 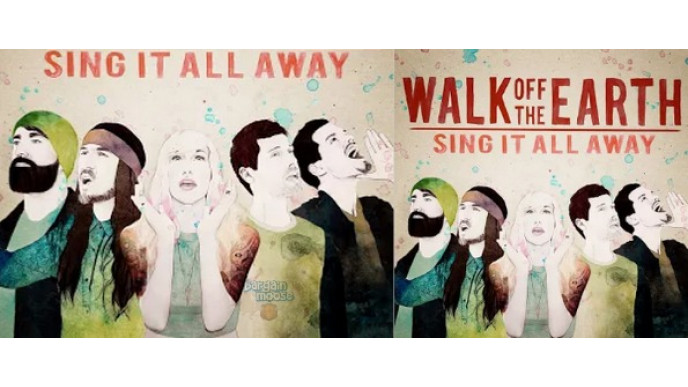 We have seen a lot of great music from Google Play lately, but this is the first time I have seen a Canadian band's album at a steal of a price. Check out the band Walk Off The Earth’s album Sing It All The Way. This album is normally $9.99, but you can grab it right now for only 99 cents at Google Play.

At first, I was excited to check out this band’s music because it is a Canadian band. Not only do I love supporting music that is regional, it also means I have a much better chance of seeing them live in concert! In all seriousness, when I started clicking around on the tracks of the album, I realized I knew the song Rule The World from the either the radio or one of my free streaming programs and the song is awesome! If you need a peppy and empowering song, this is it. While I can sing along to this song on the radio or while I am working out, I also think I would turn on this song when I am trying to focus or motivate myself. This song has a peppy undertone that reminds me of bands such as Foster and The People or Florence and The Machine

Itunes is selling this album for $9.99 and is also selling each individual track for $1.29. You are much better off just purchasing the entire album on Google Play.

Reviews are looking amazing on Google play for this album. Many people are digging this band’s sound. Here is one happy music listener.

Another happy listener mentions that this band does some awesome covers. You can listen to their covers yourself on YouTube, such as this peppy cover of Grenade by Bruno Mars. They are quite fantastic!

If you are in Brampton Ontario, this fantastic band is performing for Canada Day free at Ching Park. They will be headlining at 8:30 pm, and there are many free activities scheduled weather permitting. There is also one other chance to pick up tickets to catch them in concert in September in BC before they head out for a tour across Europe. Fans are saying this band is even better in concert and it seems like they do a great show.  I would try to catch them live if I lived close enough, I love their sound. If you are like me and too far away, make sure to pick up the album so you can dance to it in your own backyard instead. Check out this music video the band made with the song Rule the World.