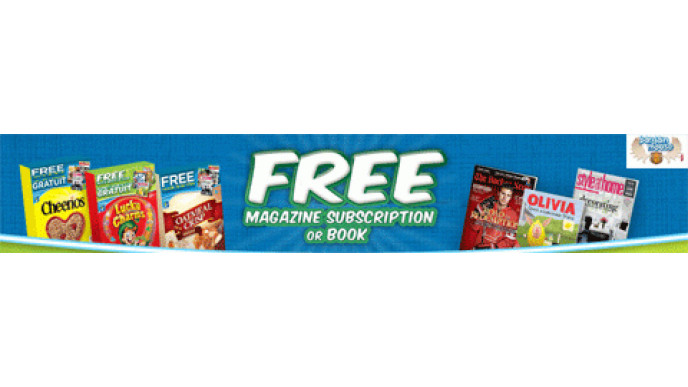 If you purchase the specially marked boxes of cereal from General Mills at your local supermarket, you can claim some free books or magazine subscriptions!

Here are the cereals you can purchase to get the offer:

It's only on the specially marked packages, so keep an eye out for them when you are in the supermarket.  I don't have a code to tell you what the freebies are, but the illustration shows such publications as Style At Home, Olivia...

I was checking to make sure you don't have to pay shipping fees, and I found this in the T&Cs: General Mills pays all shipping and handling costs.

And don't forget that there are some coupons for General Mills on Save.ca, which you can order and get mailed to your home.