Up your fashion and your fitness game
By Danielle Doiron, 1 year ago 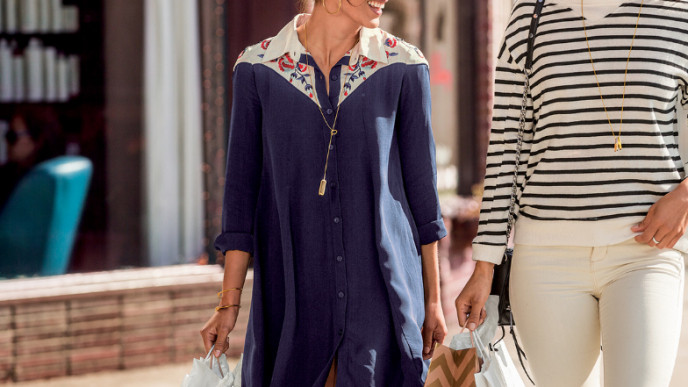 I'll admit, the one thing that's stopped me from actually investing in and wearing a Fitbit is how clunky they look. I like to get pretty dressed up, and a thick band around my wrist just doesn't always convey the right vibe. But the one thing that might help change my mind is jewellery like this necklace.

The Fitbit Flex 2 Lariat Necklace is basically a casing that lets you transform your fitness tracker into a pendant – so you can still get your steps in when you're out on a date, at work or attending a big event.

This particular pendant is plated in 22K gold and sells for $49.97 shipped at Best Buy, which is the lowest price we've seen in Canada. It's on sale at a few other stores, but none of those deals really come close!

It's compatible with the Fitbit Flex 2, which is sold separately and out of stock at Best Buy – but is available online at Sport Chek for $79.97. The device itself is pretty durable, so you can wear it while you're swimming, sleeping and in the shower. As for the pendant, Best Buy also has it on sale for $59.97 shipped in Silver.