The Disney Halloween Shop for 2019 is Here!

And you HAVE to see the inflatable Rex costumes
By Danielle Doiron, 2 years ago 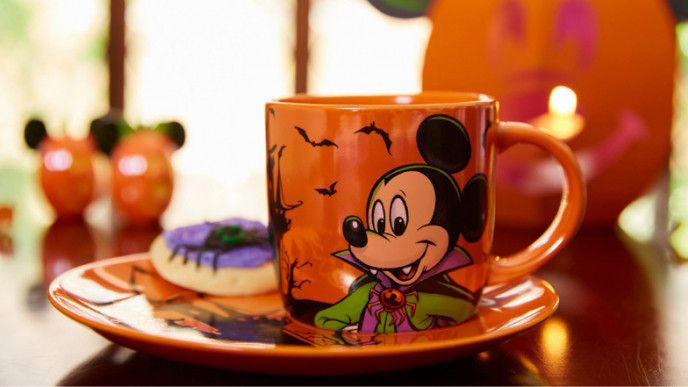 People are already talking about Pumpkin Spice Lattes, and I have to tell you ... I'm not ready for summer to end! I'll hold on to the warm weather for as long as I can, but there is one fall thing I'm excited about, and that's Halloween. Disney is definitely helping me get into the spirit, because their Halloween Shop just launched!

This is Disney, after all, so while they have a bunch of Halloween-themed accessories, toys and decorations (like this Mickey Mouse Halloween Candy Bowl), the true highlight of all this is the character costumes.

Remember those inflatable dinosaur costumes that pretty much took over the internet a few years ago? Well I didn't think it was possible to improve on those, but allow me to introduce you to something even better. Disney has inflatable REX costumes! They have this Rex Inflatable Costume for adults, as well as one for kids.

But if you'd rather stick to something a little more cutesy (and easier to maneuver in), you have to take a look at this Ewok Costume. It's available in baby sizes 3M to 24M, and I'm already pestering all my friends to pick it up for their children. I mean, how adorable is that little hood? And those EARS?!

I'll be the first one to say that Black Widow is absolutely my favourite Marvel superhero, but they don't sell any Natasha costumes – at least, not yet anyway. So until any show up, I might settle for this adult-sized (and absolutely incredible) Captain Marvel Costume by Rubie's Costumes. It almost looks like the real thing!

There are so many more things I want to talk about, but you should probably just take a look for yourself at this point. I'll just leave you with one more. If you're heading to Disney anytime around Halloween, make sure you pack this Minnie Mouse Candy Corn Ear Headband. It's covered in sequins and perfect for the season.

You may be able to find some of these items at your local Disney Store (or at Disney itself, if you're making a trip). However, if you're shopping online, everything is priced in USD, and shipping costs to Canada can vary.