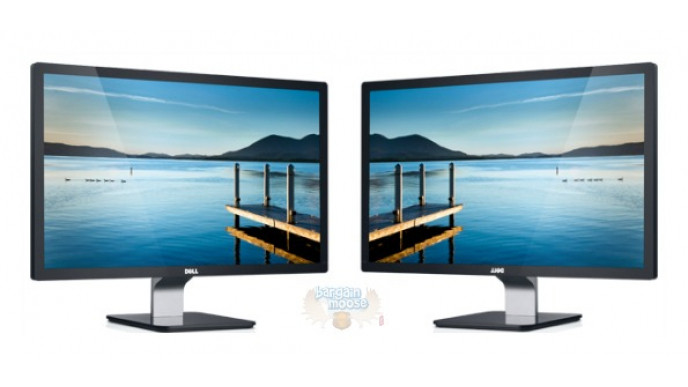 Dell Canada has released their Early Black Friday sale with deals on electronics, computers, televisions, and more. I found a sweet Dell E2214H 22" Inch LED monitor on sale from $179.99 down to $99.99 with free shipping.

Okay, let us give a little context to this deal. We have not seen this good a deal on a Dell 22" monitor since January when the previous version (E2213H) was on sale for the same price. Before that, you would have to go back to last Cyber Monday. As you can see, this kind of price on a 22" Dell monitor is pretty rare - restricted to once or twice a year - so it is worth picking up.

This is an update on the earlier edition seen in January. The Dell E2214H monitor features a wide-screen with full HD 1920 x 1080 resolution at 60Hz (max). The monitor has LED backlighting, a fast 5 ms response time typically, and about an 84% colour gamut.

There are a bunch of other deals you can score during this early Black Friday sale as well. Check out some of these other deals:

There are plenty more deals where these came from. I rather like the Chromebook 11 deal because I refuse to spend over $300 on a basic laptop these days (unless it is a gaming laptop). I would love another Alienware computer but even on sale, it is a bit out of my price range.

My husband has a Dell tablet, so all the dell accessories are certainly interesting. When I do buy a desktop computer, I will certainly purchase my monitor during Black Friday deals because these monitor deals are sweet whether you buy the 22" or the 24" size.

Make sure to sign up for the Dell Advantage to receive 5% back in Dell gift cards. That could really add up if you are buying a laptop or a television.