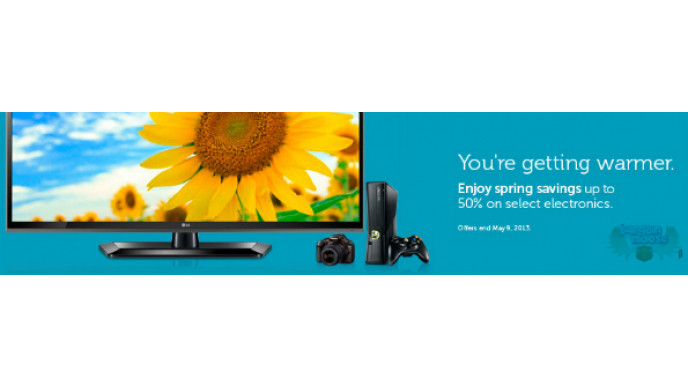 It's spring at Dell Canada and they have some great sales including this 42" Sharp Aquos LED HDTV.

I have a Sharp TV and I love it. It isn't even an Aquos and I love it. This has all the stuff you'd expect from Sharp's higher end line like an LED edge lit 1080p screen and all the appropriate connectors to hook up your game consoles, Blu-Ray players, sound systems and set top boxes.

But with this TV you kind of don't need a set top box. It's a Smart HDTV so it has a lot of the functionality of a set top box built in. It has apps like Netflix and CinemaNow so it really helps towards cord cutting if you're trying to get away from insane monthly cable bills. It also has Wi-Fi, which I think is awesome. Not everyone has a wired house or a way to wire it easily. I have an unfinished basement so I can run cable wherever but if your basement is finished or you rent, it's a real pain to run cables.