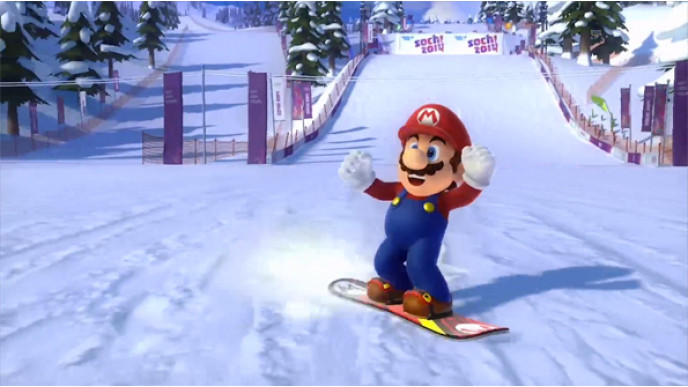 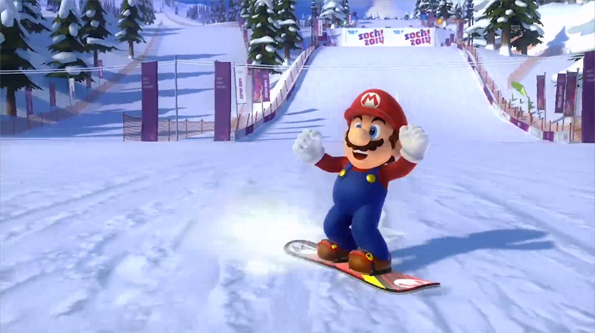 Good afternoon, my fellow gamers! Today's deal at Best Buy is for Mario & Sonic At The Olympic Winter Games Sochi 2014 for the Nintendo Wii U, and it's one that you should definitely check out! This game normally retails for $49.99, but you can now pick up this Wii U game for only $19.97 (plus $5 shipping)! This is a fantastic deal for a 1st-party Nintendo Wii U game! This item is on final clearance, so quantities are extremely limited. Once they're gone, they're gone!

Mario & Sonic At The Olympic Winter Games Sochi 2014 for the Nintendo Wii U is a fun game that's fun for people of all ages! I own this game, and my girlfriend and I have a great time playing this Mario & Sonic game. It's a great multiplayer game, too, so if you have 3 other friends that want to play with you, then you should totally pull out this game for the Wii U.

One particular mini game that's included in Mario & Sonic At The Olympic Winter Games Sochi 2014 for the Nintendo Wii U that I had a lot of fun with was the figure skating activity. As my girlfriend and I held our Wii remote controllers, we had to act out a figure skating performance (that was played out on our TV screen by Bowser and Yoshi), and it was just too much fun. We couldn't stop laughing as we had to spin around our living room, trying not to stumble during this hilarious process!

If you wanted to buy Mario & Sonic At The Olympic Winter Games Sochi 2014 for the Nintendo Wii U at WalMart in America, it would cost you $38.06 US. I've included a brief review of this game from a satisfied WalMart customer below:

This is a great game for four players. It's a lot of fun and not too complicated for the people in the group that don't play a lot.

BEST BUY CANADA PROMO CODE: Enjoy small kitchen appliances for up to 35% off in this BestBuy sale