The countdown until March 1 is officially on – and I plan to stock my fridge
By Danielle Doiron, 2 years ago 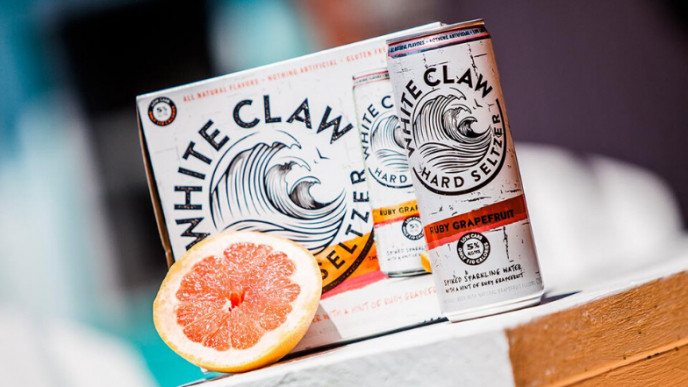 Now THIS is the news I've been waiting for! Anyone who knows me has heard me talk about my obsession with sparkling water. My fridge is usually full of bottles and cans of it, and it's my drink of choice whenever I need something refreshing. And you better believe that love extends to hard seltzers.

I'm pretty sure I first tried White Claw at a baseball game a few years ago, but it's no secret that the canned drinks took social media by storm last summer. These alcoholic seltzers were everywhere, and the company actually couldn't keep up with demand for a while. There was even a White Claw shortage in the United States.

But soon, you won't have to head south of the border if you want to down a few Claws. White Claw recently launched a Canadian website and social media pages – and they announced that White Claw is coming to the True North! Their homepage is running a countdown until March 1, when they'll be available here.

We're still not sure which flavours will be available or even exactly where you'll be able to score these bevvies, but you better believe I'm checking my local liquor commission right when they open on March 1.

And if you've never tried a White Claw before, here's what you should know. These are hard seltzers, which basically mean they're light, flavoured, sparkling and boozy beverages. They come in cans, and you can try flavours like black cherry, ruby grapefruit, lime and mango. They have a 5% alcohol content and 100 calories.