Changes Coming to Roll Up the Rim @ Tim Hortons 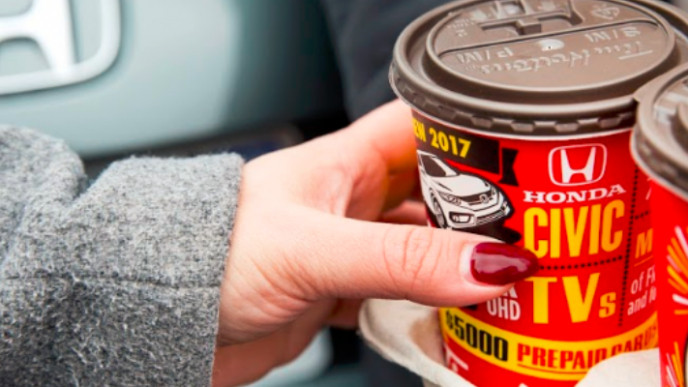 Hang on to your Double-Doubles – because changes are coming to Roll Up the Rim.

Tim Hortons will reportedly revamp their annual giveaway after kicking off 2019 with disappointing first-quarter results.

While I haven't seen an official news release from Tim Hortons yet about the changes, multiple sources have reported that the famous contest is under construction.

According to The Globe and Mail, Tim Hortons will attempt to include digital tie-ins next year – which may mean they'll start relying less on disposable cups for the contest.

This year, Tims also extended the contest period from four weeks to six and increased the overall number of prizes they made available, but it looks like even more modifications are in store.

The latest Roll Up the Rim contest ended a few weeks ago, but you still have until May 3, 2019 to claim any outstanding prizes. Remember to hang on to the entire cup if you win one of their larger prizes and stay tuned for more details about new contest rules once we have 'em!