This Kit Lets You Make LEGO BrickHeadz of Yourself! 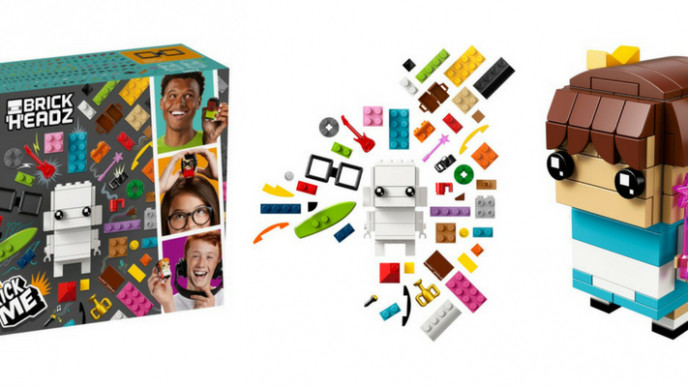 Okay, I just found one of the coolest LEGO sets I've seen in a while. LEGO just released the Go Brick Me kit, which lets you build a BrickHeadz figure of yourself or anyone else!

I mean, how often do you get to build yourself out of LEGO?! This is one of the most creative kits I can think of, and I can see a pretty fun building session in my future!

It comes with 708 different pieces you can use to build two completely unique LEGO BrickHeadz characters – including different hair styles, skin tones and even styles of glasses! You also get a sticker sheet to help add details to your figures and two 1" square baseplates.

The Go Brick Me Kit sells for $39.99 CAD. So far, I've only seen it on the LEGO Canada site, but I'll let you know if it's available anywhere else.

But if you're after traditional LEGO BrickHeadz instead, there are still a few left in stock at the LEGO Shop – including Han Solo, Wonder Woman and the Valentine's Bee!

Your order will ship for free from LEGO Canada, since it's over $35. Limit is five per customer.