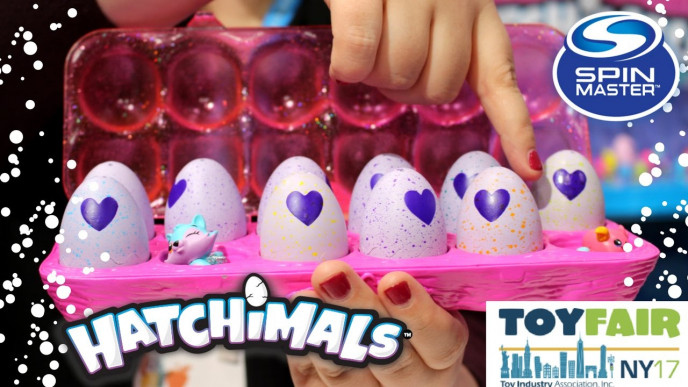 Brace yourselves! Following the frenzy over Hatchimals this past December, we all knew that there would be a round 2. Is another Hatchimals craze about to begin? We will soon know. Spinmaster is releasing new Hatchimals Colleggtibles toys inspired by the infamous Hatchimals in stores this May.

The Colleggtibles are mini plastic creatures with glittery wings that live inside eggs with large purple hearts on them. While the original Hatchimals hatched on their own, Colleggtibles require your kids' assistance to hatch.

How do the eggs Hatch? Children rub the purple heart until it changes from purple to pink. Once the egg turns pink, they can crack open the egg and discover their own mystical animal-inspired creature.

It is reported that the first series of Colleggtibles will include 70 creatures, including several limited editions. Although Spinmaster is being tight-lipped, four different packages have been identified:

It is reported that the Colleggtibles will retail for $2.99US for a single and $9.99US for the 4 pack and that they will be released on May 1st.