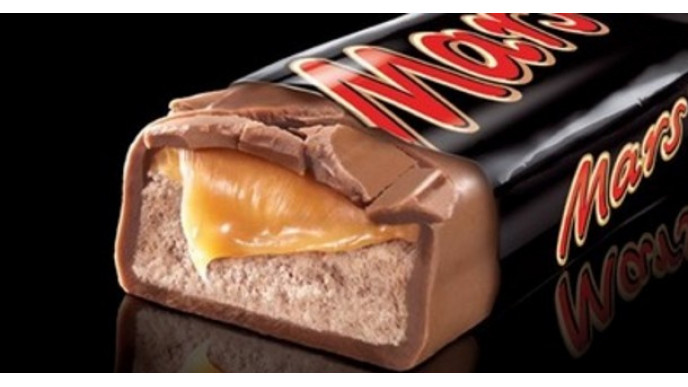 It is a sad day when your favourite chocolate bar has been recalled in 55 countries! Earlier today, Mars announced that they will be recalling their beloved chocolate bars in 55 countries due to plastic bits being found inside. They have not listed which countries are included, but Canada has a high chance of being in there!

A customer had found a red piece of plastic in her Snickers bar, so now Mars Company has issued a recall on their chocolate bars. Britain, France, the Netherlands and Germany are definitely affected by this recall - but will Canada be included? Mars has yet to release which 55 countries are part of this recall, but we will keep you updated as soon as the information is released.

**A little update: Products marked with "Mars Netherlands" are the ones included in this recall. They could be anywhere in the world, including Canada.

The Mars Bars included in the recall have a best before date between June 19th 2016 and January 8th 2017 - so even future Mars Bar products can be affected by this issue. The fear is that customers, young or old, could potentially choke on pieces of plastic.

The particular Mars Bar in question was actually a Snickers bar. The customer bit into the tasty treat just to find a piece of hard, red plastic. This took place in Germany but it was a chocolate bar manufactured at their Dutch warehouse, so this voluntary recall could very well be at the international level.

The chocolate bars included are:

Moosers, have you recently eaten a Mars Bar?