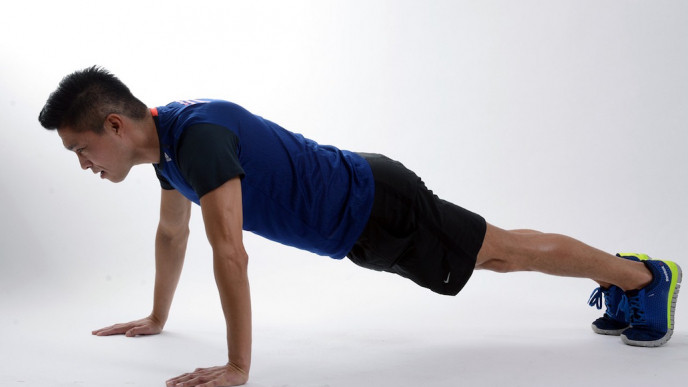 Workout devotees in New York are getting behind bars with ex-convicts in the latest exercise trend, a studio called ConBody.

Yes, that’s right: these hard-core exercise classes are taught by ex-convicts. It’s the newest workout trend to hit New York. And it’s been an instant hit.

At ConBody, you can eat a meal of rice and beans on tin trays, take your mug shot and stand behind bars. With a more rustic feel than the mirrored interiors of other popular workout spots like SoulCycle and Pure Yoga, at ConBody, you use your own body weight to do pull ups on crude bars, just like a real prison workout.

ConBody was created by Coss Marte, a convicted drug dealer. Marte lost 70 pounds during his four-year sentence using body-weight exercises. After his release in 2013, he was unable to find a job so he used his experience and personal weight-loss success to establish a no-frills boot camp.

Now, his studio is located at Broome and Eldridge streets, the exact spot where he once dealt drugs. He hires ex-convicts to train and operate the facility.

He gets fan mail, is in talks to open locations across the U.S. and Australia and even earned a spot in Sack’s Fifth Avenue’s new wellness pop-up.

Would you be interested in trying a prison-style boot camp workout or would you steer clear?