Stereotypical ads banned in the U.K. 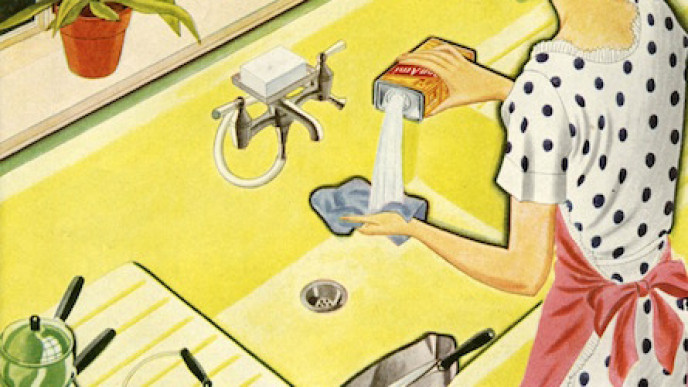 Does it irk you when you’re watching TV and you see a commercial depicting women doing the housework and men manning the BBQ?

If so, there’s good news for the British: new regulations in the U.K. will soon ban advertising that encourages gender stereotypes.

After a year-long inquiry by the U.K.’s Advertising Standards Authority, they found stronger rules were required to limit harmful stereotypes that “can restrict the choices, aspirations and opportunities of children, young people and adults.”

Ads by Gap, KFC and Protein World, for instance, all came under fire for promoting negative stereotypes.

This isn’t to say that all ads depicting women doing housework will be banned; rather, the new standards will see a clampdown on ads in which women have the sole responsibility for housework. Similarly, ads in which the father is depicted as a bumbling man who struggles to parent or help in the household will also be restricted.

In my opinion, ads that show a man mopping the floors with the latest cleaning product would actually encourage me to buy it. In fact, it would be a refreshing change from watching the mom do all the work. I want my boys to see that they are also capable of cleaning toilets—and in fact that it is their equal responsibility to help in the house.

Do these ads bother you? Are there any that are particularly good or offensive? Do you think ads in Canada are more fair than what we’re hearing about in the U.K?