Sales Cycles Get the Best Deals in June

By Krista White, 9 years ago 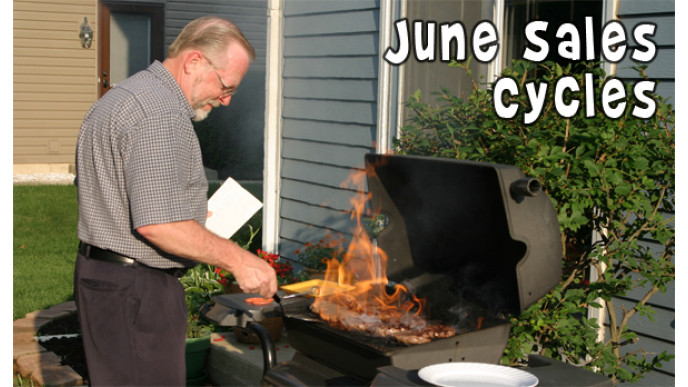 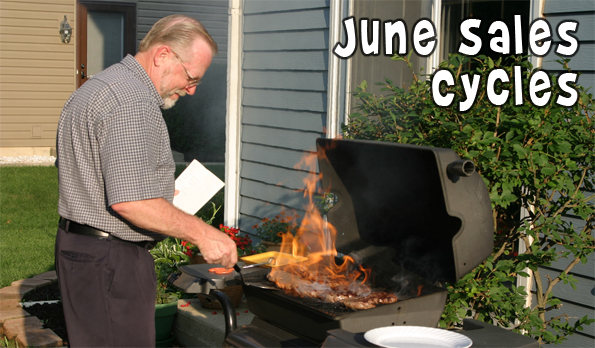 I can't believe it is already June, where does the year go?  With another month come some great monthly deals.  Most of the deals for the month of June are pretty predictable with many different events happening.  Of course, we post the awesome deals on our blog but there are always some great coupon codes in our coupon forum added daily as well as some awesome deals on the hot deals forum for you to take advantage of.

There are many different sales cycle events that are the catalysts behind some of the great deals in the month of June.  Most of the great sales will revolve around at least one of these events.

Father's Day: Father's Day is the main reason why you will find so many great deals on electronics and tools in the month of June.  The go-to gifts for dad seem to be fun gadgets so you will find deals like The Source Canada Customer Appreciation sale with items up to 60% off.  As for tools, you can find deals like this bosch deal from Amazon Canada. Stores know that most people will buy from one of these 2 categories for dad so they focus their deals on them.

End of School: At the end of June (sometimes earlier) is usually the end of the school year.  This means parents are scrambling for a thank you gift for their child's teacher.  A lot of deals in June are geared towards this idea of a gift of appreciation.  Places like Lavish & lime have deals gear towards teacher gifts.

Graduation/Prom: This is a huge event in most families' lives and usually a graduation comes with some sort of gift for the grad. Jewellery is a common gift so you will find a lot of deals on necklaces, rings and earrings.  Peoples Jewellers has a coupon code out that will save you $10 on your purchase right now.  Along with grad is prom.  Items like flowers and dresses will go on special.  Anything associated with grad and prom, you will be able to find some deals.  Even though I am well past the "prom stage" in my life, I always look around this time of year for dresses to buy for any upcoming weddings. You can find some really great deals on anything formal.

Clothing: You will start to see some good summer deals here and there but the biggest discounted clothing will likely be spring fashions.  The stores are reducing spring clothing like this huge Ecko sale that was posted about earlier or this Rickis sale with some great deals.

Canada Day: I know what you are thinking... Canada Day isn't until July 1st?  Even so, since Canada day is at the beginning of July, you will start seeing a lot of red tees and tanks going on sale at the beginning of June for those whose want to be patriotic.  By the end of the month the price of red clothing will be significantly higher for those last minute shoppers so it is best to get those items early.

Outdoor Entertaining & Activities: I told you last month when I was posting about the May sales cycles to wait until June to buy a new BBQ.  Well this is a great month to do it.  Not only are the on sale because let's face it, who doesn't like to BBQ in the summer, but it is a great Father's Day gift as well.  Any type of outdoor activity that has to do with BBQ and patio usually comes on sale in June.  Items like kid pools, bikes, outdoor toys and sports items are great deals in June.  The next time you will see the best deals on these items are in September when they are trying to get rid of them to make room for the fall items.

(Thanks to akeg for the picture)