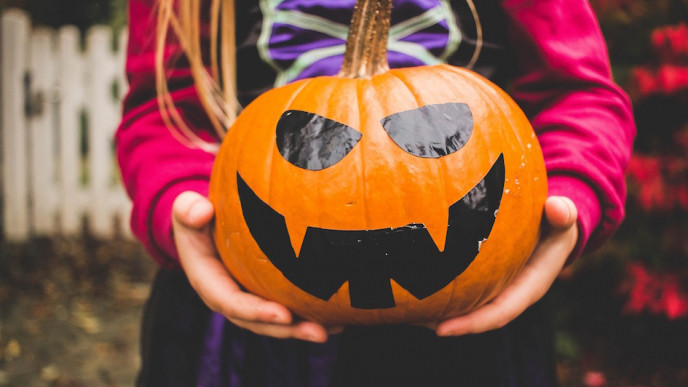 Fall has barely begun but already my kids are thinking about Halloween.

They’ve been brainstorming costume ideas for days. Yesterday, my little guy wanted to be Abraham Lincoln. The day before that he wanted a morph suit. Today he decided on Godzilla. We found a gorilla costume online that fit the bill. The boy in the image was holding a cage with another boy folded up inside the cage. My son thought that would be the perfect costume: he could be the gorilla and his brother could be trapped in the box.

I told him we still have plenty of time to figure out the perfect costume—the boy trapped in a box wasn’t it.

There’s little chance my oldest will end up going as anything but a baseball player. He’s obsessed with the sport and has picked his love of the game over creativity. He’s gone as a baseball player every year since he was a baby. My youngest went as Donald Trump last year. He thought it would be a funny joke, but learned his lesson. When neighbours practically refused to give him candy, he understood why politics and Halloween don’t mix—even when it’s a joke.

But it’s not just my kids that are Halloween happy. Grocery stores and chains like Shopper’s Drug Mart already have boxes of Halloween candy lining their shelves. Costco has a variety of costumes filling a rack.

I can’t quite get my head around it yet, but I’m going to have to soon enough. Have you already bought your Halloween candy? Are your kids planning their costumes? What are they going to be this year?