How To Refill Bunch O' Balloons Without Spending A Fortune 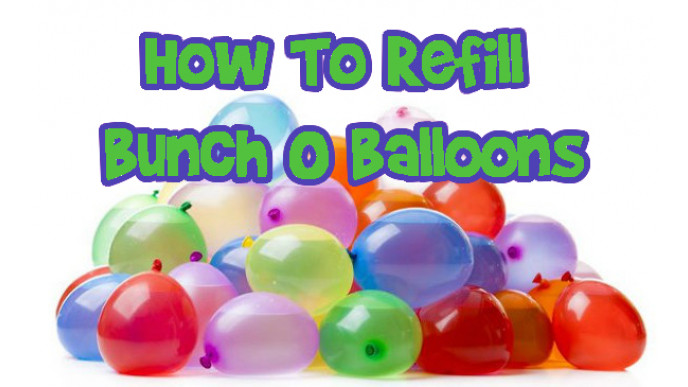 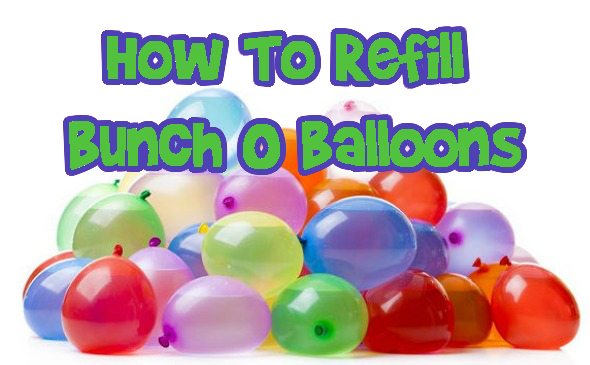 We wrote a post last week about where to buy the ever-so-popular Bunch O Balloons, and a lot of you are asking: "How do we refill the Bunch O' Balloons?"

We decided to take on the task of researching how to refill this item that seems to be flying off the shelf. While the balloons are biodegradable, the plastic stems are recyclable. If you are trying to be green, then you may be interested in refilling your purchased Bunch O Balloons - if you were lucky enough to find any in stock in the first place.

This task looks like it can be quite frustrating. Personally, I would just purchase a new set of Bunch O Balloons. Especially considering the self-sealing balloons themselves are almost as much money as the original tool and balloons. If you are interested in trying this route, take a quick trip to your local Walmart or Dollar store and get started!

Use Cheap Balloons and Loom Bands

I have looked everywhere for Bunch O Balloon brand refills, but so far no luck. You can always grab some regular water balloons and Loom Bands or other small elastics for a cheaper approach anyway. This seems like a tedious task if you ask me, but it will save some money and still get the job done faster than filling and tying each balloon yourself. Follow these quick and simple steps to get your water balloons set up again:

I have yet to try this personally, but I have heard it works. There are also tutorial videos on YouTube that show this trick works if you want to give it a quick watch. This method of refilling will cost you as little as $3, as opposed to buying another Bunch O Balloons set for four or five times that cost. You will just have to put a little more effort into filling your water balloons this time around.

Let us know if you refill your Bunch O Balloons and how you do it in the comments below.