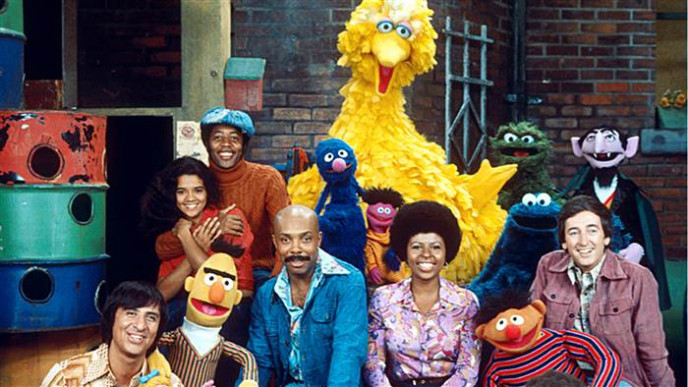 Farewell to our childhood friends, Bob (Bob McGrath), Luis (Emilio Delgado) and Gordon (Roscoe Orman) from Sesame Street. It felt like you were family to us as we welcomed you into our homes daily. Canadian children grew up and our own kids enjoyed watching Sesame Street. It was such fun to share in that with our kids!

Throughout the past 45 years, Sesame Street taught us educational topics and daily living skills through cartoon segments such as:

Then there was the 'real stuff' with the interaction between the residents who lived on Sesame Street. Bob would sing to us, letting us know 'Don't worry if it's not good enough for anyone else to hear - just sing, sing a song.' The message that was conveyed to us was, "YOU are good enough. YOU are valued."

Other messages were conveyed throughout the years that stuck. Every single person with a job in our neighborhood is a person with feelings, and every job is important: "Who are the people in your neighborhood?" They later tackled the harder issues to air on TV at the time, such as families that have two Moms, or are different from the so-called norm.

On the iconic Canadian TV show Sesame Street, we discovered things you wouldn't necessarily see or learn on other kids programming. We learned about manners, children with special needs, sharing with others, compassion and other lessons were taught that help to develop and foster life skills.

Time evolved our Beloved Sesame Street as they began to cover topics such as death. (Mr. Hooper's death, and explaining it to Big Bird. That clip is a tear jerker, I'm warning you now.) They could have tried to gloss over Mr. Hooper's death, but they knew kids were deeply affected by it and offered up an explanation as to exactly what death is.

Big Bird is told by Olivia,"Big Bird, Mr. Hooper's not coming back. When people die, they don't come back." Big Bird asks why they can't come back. Luis offers up the most basic yet heartfelt response. "Well, Big Bird, they're dead. They can't come back." Bob steps in to agree with Big Bird that it will never be the same again. Then he chokes up with obvious grief, saying, "We can all be very happy that we had a chance to be with him and to know him and to love him a lot when he was here. " Big Bird is reminded that we still have our memories of Mr. Hooper. Big Bird asks why does it have to be this way, and Gordon says simply, but in a caring manner, "Big Bird, it has to be this way because. Just because." They end the segment by walking up to Big Bird in a genuine and naturally occurring group hug.

It would appear that Sesame Street doesn't know after all, the trick to 'Sunny Days, keeping the clouds away', because it appears that clouds have formed after all and the sunny days of Sesame Street as it were, will reign no more.

Now it's time for the trio to leave Sesame Street forever, as they have been asked to hang up their hats, according to a CTV news article:

"Original "Sesame Street" cast member Bob McGrath says he and castmates Roscoe Orman and Emilio Delgado have been released from the show, after more than three decades."

With the show's move from PBS to HBO, apparently there was no place for Bob, Luis, and Gordon and they were kicked out of their 'people in our neighborhoods job' and in the process, right out of our homes.

"As of this season, I have completed my 45th season this year," McGrath told the audience. "The show has gone under a major turnaround, going from an hour to a half hour. HBO has gotten involved also. And they let all of the original cast members go."

A Sesame Street rep responded on twitter with this:

""Bob McGrath, Emilio Delgado and Roscoe Orman remain a beloved part of the Sesame family and continue to represent us at public events. To us, and for millions of people worldwide, they are a treasured part of Sesame Street." "Since the show began, we are constantly evolving our content and curriculum, and hence, our characters, to meet the educational needs of children," the statement continued. "As a result of this, our cast has changed over the years, though you can still expect to see many of them in upcoming productions. As we've stated previously, Sesame Workshop retains sole creative control over the show. HBO does not oversee the production."

Canadians are definitely not going to be pleased with this change. When someone is vested in their careers as these three were, they should be the ones to decide when it's time to step down. After all, who knows their audience better?

They will be sorely missed, that's for sure!

Which Sesame Street segments were your favourite ones?