9 LEGO Hacks For Your Home You Need To Try 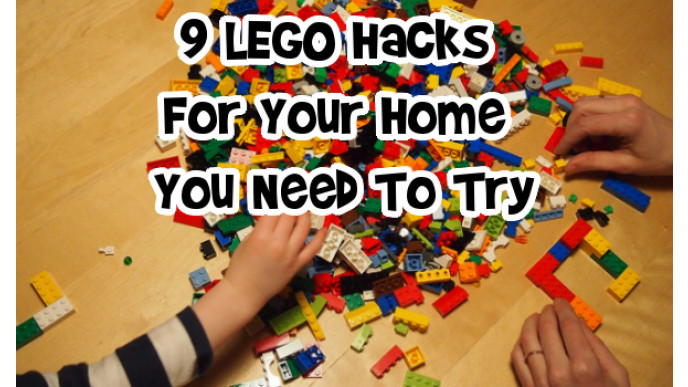 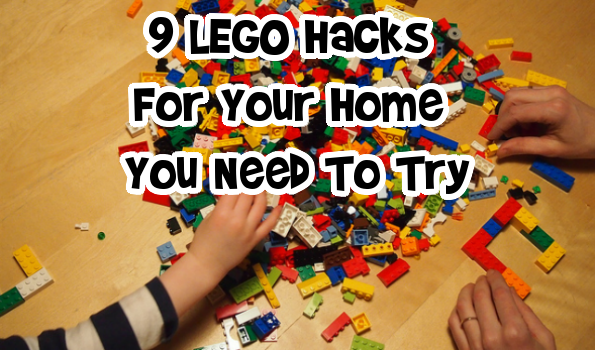 If you have a LEGO fan at all in your house, you may find you have a few extra LEGO bricks around. LEGO bricks and accessories can be used for endless fun kid projects, but you can also use them to make functional items for your home. These hacks are just the right amount of fun and function to give your space a twist on the cheap. Try some of these hacks and soon everything in your home will be awesome.

I just learned that the hand of a Minifigure is the perfect size to hold many different electronic cords including the Apple lightning cord. I got this idea from the blog Modernistic Design. Use a Minifigure to organize your cords and easily find your cell phone cord. It is so fun having those little guys waiting for you when you go to charge your phone. In addition, if you have more than one person’s cord into the same charger you can assign each person his or her own fun Minifigure and keep the cords organized.

This is an awesome way to turn an old kitchen table or card table into a quick ping-pong table, as demonstrated over on Mod Frugal. Build your net using LEGO and there will be no question which side of the table the ball hit on. Whether you build this project for inside or outside, this will be the centre of your next casual party.  This hack is much cheaper than purchasing most ping pong sets. Buying a real ping pong table costs around $200 bucks and up, while a portable kit can cost anywhere from $25 to $50.  Two paddles and a few ping-pong balls should run you less than $15.

If you are always losing your keys, this is the hack for you from Man Made. With only a few simple LEGO pieces you can quickly create a key holder that will help you keep everyone’s keys in the house organized. I have seen several LEGO key holders around the web, but I like this one the best because the LEGO pieces you attach to your key ring are slim and does not weigh down your keys. Use this to keep other keys in check also such as your mail key or bicycle lock.

This is a neat lamp from Recyclartthat looks simple enough to make. This post does not have instructions but the pictures should give you plenty of inspiration. The shade is a simple box shape with some intentional holes to let light through. The most difficult part will be cutting a hole in the baseplate. I recommend using two smaller baseplates and cutting a half circle out of each of them using a hot wire. Once your hole is cut, you can glue the two plates together. Cutting the hole in two pieces should be simpler than attempting to cut a round hole out of the plastic baseplate.

Give your clock a makeover with this fun and inexpensive LEGO clock. This one is perfect from Our Nerd Home. You can easily change out the minifigures or LEGO bricks to match your mood. This project should be a quick to make, and will surely catch your eye. Clock kits run around $10 to $15, or you could try to use the parts from a thrifted clock for much less.

Over at Fun Craft Kids I love this awesome LEGO bird feeder. Build your own version and welcome all the migratory birds back. What a great way to connect a LEGO loving kid with nature. This project can be as simple or elaborate as you want, so start stacking those bricks.

Over on I Dig Pinterest they created a really neat napkin holder. This napkin holder was originally designed for a kids’ birthday party, but would look equally cool holding your napkins in your kitchen. Make it a race and see who in your family can build a napkin holder the fastest.

Stop paying extra for hand soap in your bathroom or kitchen the looks fun and check out this LEGO hand soap from Rockin Boys. Grab a cheap bottle of clear soap at the dollar store and add LEGO for a bottle of soap that looks like you spent three times as much. Plus once the soap is gone, the LEGO could still be played with in this quick and easy hack.

Over on the blog Geeky Gadgets there is an amazing IKEA counter featured that is covered from top to bottom with LEGO. This amazing design hack may not save you any money, unless you have a true LEGO fanatic in your house and have over 20.000 lego pieces laying around. This IKEA covered kitchen counter was just too cool not to include. Perhaps if you have a lot of LEGO, you could cover your end table with this same concept for a cheap but fun look.

Bargainmoosers, what would you make out of LEGO for your home?

LEGO PROMO CODE: Earn rewards towards your next purchase when join the LEGO VIP program

Extra 50% Off Clearance (With Code) 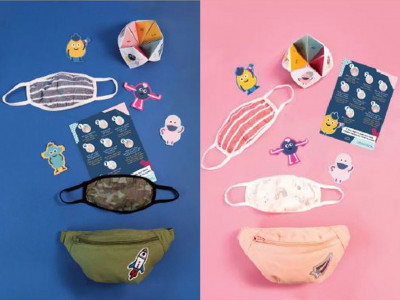