5 Reasons You Should Use A Library Card 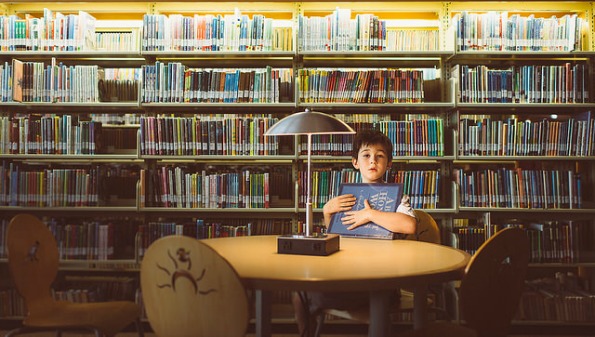 Whether your library membership costs $10 a year or it is free, there are so many reasons why you should own and use a Library Card.

My book budget a year may be larger than some, but people spend money on books and that is how book giants like Amazon Canada and Chapters flourish. However, you have to pay for every single book you get from them without ever having read them. Most of these books you buy on recommendations or because you have read previous stuff by that author. At the library, you get to borrow endless books and read them. There is no obligation to buy. You can borrow many books at a time and it doesn't matter if you don't like the book or you hate the author, because you didn't pay a thing for that book. You can just return it. There is an endless supply of books at most libraries, enough to last you a lifetime, and they also have inter-library loan systems where they can bring in books you want that they currently do not have. Some libraries even allow you to borrow eBooks for free as this Mooser commented:

I can borrow ebooks on my kobo reader through my local library using Overdrive. I love it

Your library card is your ticket to endless worlds and endless hours of enjoyment virtually free.

I don't listen to audiobooks, but my husband does. He just finished a 29-hour book by Ben Bova, which has launched an interest in other works by the author. He listened each day on his walks to and from work. Audiobooks are big business if you look at companies like Audible. However, with your library membership you can gain access to audiobooks for free. Many libraries have teamed up with a system called Hoopla (or other databases) to offer you free audiobooks. Commonly, you have three weeks to listen to your book and you can take the same book out again if you are not finished. My husband ran out of time on his Ben Bova book, so he had to re-borrow it. He was pleasantly surprised that the book picked up right from where he left off.

I have been borrowing digital music on Hoopla since I signed up for my Nanaimo Library Card. I can listen to each album as much as I want in a week, and then it is digitally 'returned.' The Hoopla system, as other systems often do, has the ability to download to Hoopla for offline listening. This system has been awesome for proof listening to albums before purchasing. In my local library, there is a decent selection of CDs I can borrow as well. You can both listen to and copy over these albums to your computer, so you have the songs permanently on your system. Some libraries (including mine) have a third way of delivering music: digital downloads. My library allows you to download and keep three songs a month from their digital database (separate from Hoopla). Through these three offerings, you can really get a large amount of music for free including current artists and classical hits.

You can physically borrow TV series and movies in most large libraries with your Library Card. In addition, with the advent of digital media, many libraries across Canada have paired up with databases to offer free movie and television rentals. Many of the TV series offered are educational, but there are still some popular choices to be found depending on your library. I am working on the anime Black Butler right now, which is hardly educational (but super awesome). I am sure the digital rental database will greatly increase over the next few years as more libraries join in.

Using a library card gives you an immense amount of digital and physical content for free including music, movies, television, and books. However, there are other benefits to utilizing your local library that are not often talked about. First, supporting your library will help keep it around for your kids, and their kids. Many libraries across North America are being shut down and, for a girl who grew up under the tutelage of a library, that is frightening. Another benefit is space. Borrowing books instead of owning books reduces the clutter in your house and frees up space for other things. You can also borrow newspapers and magazines, instead of subscribing and then having old magazines lying around. Your Library Card also gives you computer access, as most libraries have computers set up for their patrons to use. Finally and importantly, libraries often sponsor community events, so utilizing your local library will show the government you value the library’s place in and their contribution to your community.