A Savings Challenge for Kids 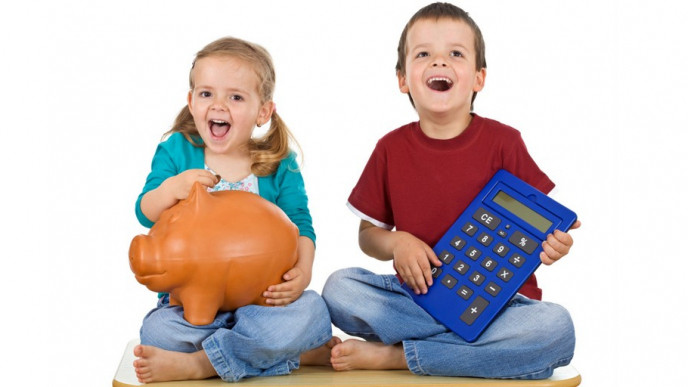 My son mentioned that he would love to have a $100 bill 'one day'. My daughter wanted to get in on it too. Together, we came up with a plan. Instead of saving their entire allowance ($10 per week over 10 weeks), they could try saving over a longer period of time so they would still have some money to spend each week. I had seen charts for saving money in gradually increasing increments for adults that seem to work well and thought it would be a fun challenge for my kids to try.

They began by saving 5% of their allowance (of $10 per week.) Each week they would put 5% increasing increments of their total allowance into their mason jar piggy banks. Initially it was very easy and it gave them the motivation to want to keep saving!

Here's how much they deposited weekly, for a total savings of $105. 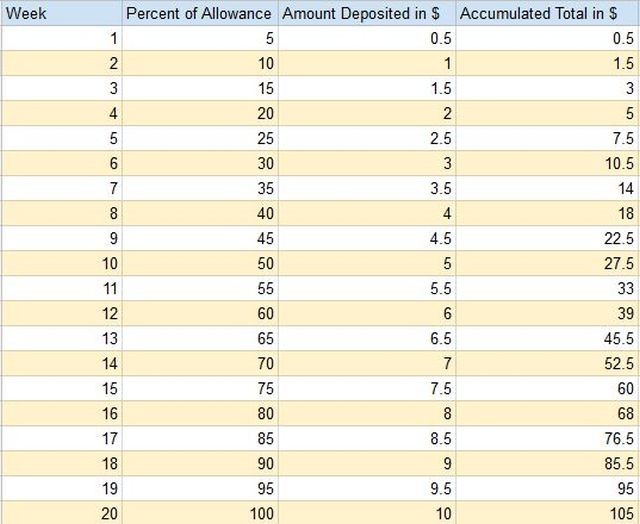 We even played around with graphing out the above chart so they could see their savings grow in leaps and bounds: 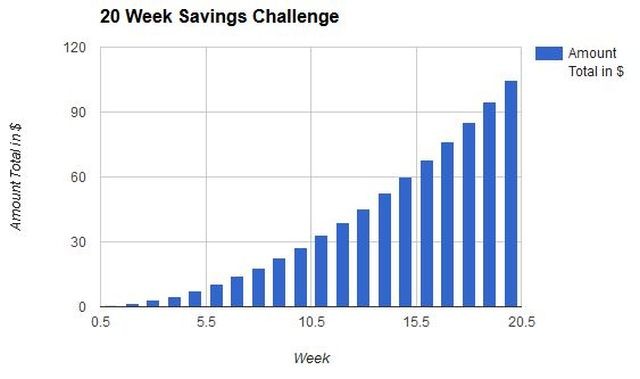 It became harder for both of them around week 8, the 40% mark. They started noticing a large chunk was going away from what they would keep to spend that week. They found themselves running out of money by the week's end. Instead of buying a slushie at a store, they made Kool-Aid and ground up ice in our blender.

There was a turnaround though, when they realized how close they were to their goal. My son commented around week 14, 'Well, I only have to add a little bit more than last week.' Week 20 has been a blast for them as they met their goal! Now the kids want to deposit their $100 bills into the bank and aim for a new savings goal.

Do you have money saving tips for kids? Let us know in the comments below!