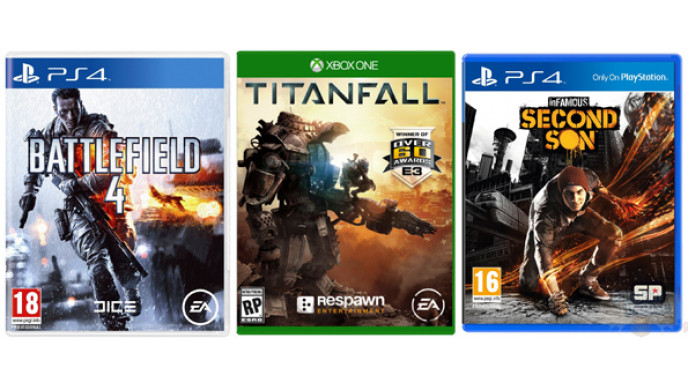 In-store at Shoppers Drug Mart right now, a huge number of great games are on a clearance sale - $20 each. There are a wide variety of classic games, but you have to check your local Shoppers to see what they have in stock as these games are not in all stores. As the title says, YMMV - your mileage may vary.

Some of these games are still being sold at other Canadian retailers for upwards of $69.99. Here's a selection of some of the titles that you may find for $20 so far:

There appear to be a number of previous generation console games on sale too. Examples for the DS/3DS: Zelda, Kirby, Mario, Donkey Kong.

Some titles have been clearly priced as a clearance item or even some marked as liquidation, so it may be apparent which games you can save on. However, some games have been marked at usual price on the shelves but it’s only when they are scanned by the cashier that the discounted price is seen. I would say to try a few of the above games out for scanning with the cashier as you never know which one might come up on sale. In light of this, I would also say to go to the store in person and not phone in, so you can have complete clarity on where all the deals are.

The items being largely marked for clearance, or not even marked on the label but discounted at the till would suggest that these deals may be available for a little while yet and new deals are being spotted all the time. However, remember that certain stores will only have a limited stock of certain titles, and that these fabulous deals could be cut off at any point, so best to be an early bird to catch these juicy worms. Check out your local Shoppers Drug Mart now, and see if your store has one of these classic gaming titles at a bargain price!

Tell us in the comments below which games you manage to score!