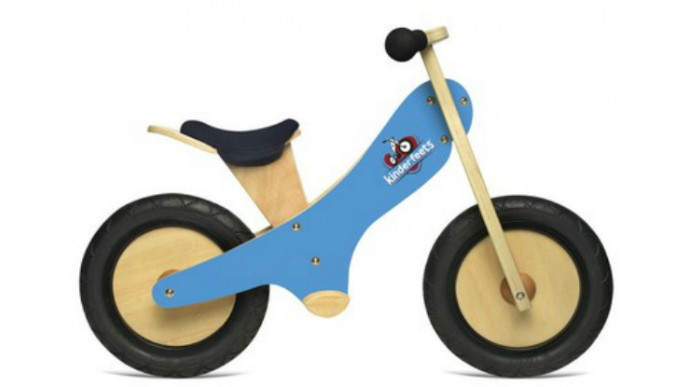 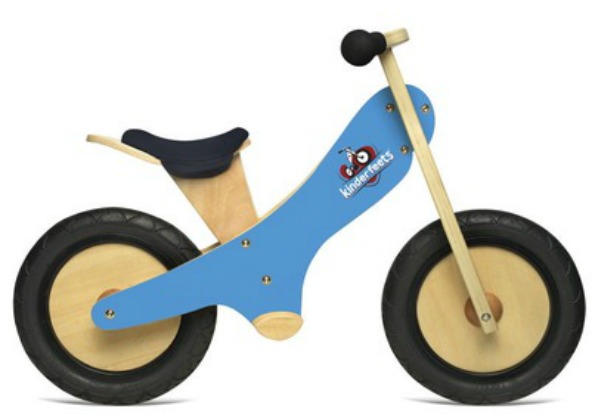 If you've got a toddler that is dying to get out on a bike, but you are tired of the training wheels, a balance bike is the next logical step. If you also don't want something plastic, I've got a great deal for you from Well.ca. The Kinderfeets balance bike is made from wood and finished in a blue chalkboard paint, so it looks so stylish. It even has biodegradable airless tires. It is an award-winning bike that with every purchase, the company plants a tree! This is a feel-good, hot steal of a purchase that will get a ton of use by your toddler or preschooler. Regularly $114, Well.ca has it on sale during their Stocktoberfest sale, now for $91. On top of that, if you are a new customer or can open a new account, you can also use the coupon codeSAVE10MOOSE to get another $10 off this purchase and pay only $81. It also ships for free!

I am going to be that parent and gush about how great balance bikes are. My five-year-old has had one since he was two and within days was able to bike almost as fast as his brothers.

He is getting a touch big for it and I want him to learn to use his pedal bike, but we'll start on that in the spring. I was just amazed at the difference between using the balance bike and using a bike with training wheels made. When people see him floating on by, they watch with amazement as well, including other little kids toddling along on their bikes.

I really love everything about this bike, including the sustainable design, the look and the cushioned seat. It has something our bike doesn't have, which are foot pegs for when the child is gliding. My son lately has hit his legs on a back metal part of the bike because he doesn't have anywhere to put his feet when he is riding and doesn't need to push. Foot pegs are such a great idea.

While Well.ca has this bike priced at $119 regularly, I actually found the regular price was much higher, making this even more of a steal. Ava's Appletree sells it for $140. Citizen Kidsells it for $130.

Balance Bikes Canada doesn't sell one wood balance bike for under $100 and in fact they run for over $200 in most cases.

WELL.CA COUPON CODE: Apply this Well.ca promo code for $10 off orders of $50 or more