It's time to show off your house colours
By Danielle Doiron, 11 months ago 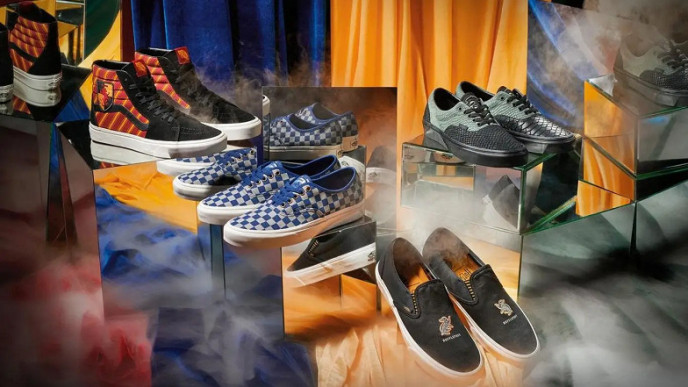 Even if your Hogwarts letter never came in the mail, you can still sort yourself into your house colours. Some of the most magical footwear to hit the Muggle world is finally here: the Vans x Harry Potter collection!

You read that right. Vans is finally answered my prayers and released the shoes I've been dreaming about since they were first announced last month. There's an entire line to represent the four Hogwarts houses from the Harry Potter books, and they're now officially available online in Canada.

Vans Canada kept the release date for this line under wraps, but I'm practically jumping up and down now that these shoes are here. And in fact, they're not just shoes. Like most of their bigger collaborations, Vans also came out with Harry Potter-themed clothes and accessories, including this Gryffindor Old Skool Backpack.

But let's get back to those shoes for a second, because they really are incredible. There's something for every Gryffindor, Ravenclaw, Slytherin and Hufflepuff on the Marauder's Map (including these Slip-Ons that actually feature images from the map itself). They even have a few shoes in kids' sizes!

But as a former journalist, my favourites by far have to be the ComfyCush Era Daily Prophet Sneakers that look like they're covered in newspaper clippings from the magical world. Unfortunately, the pictures on these pages don't move, but I'm absolutely shelling out the $100 it'll take to get a pair!

With all things considered, there are 66 different items included in the Vans x Harry Potter collection, all of which are available directly from Vans Canada. Prices there range between $25 and $140, and there are even shoes that you can customize to get the exact kicks you'd see yourself wearing in the Mirror of Erised.

I also found a few of them at Little Burgundy, so that's a great place to look if certain styles begin to sell out. Shipping is free from Vans Canada, and Little Burgundy offers free delivery on orders over $69.98.