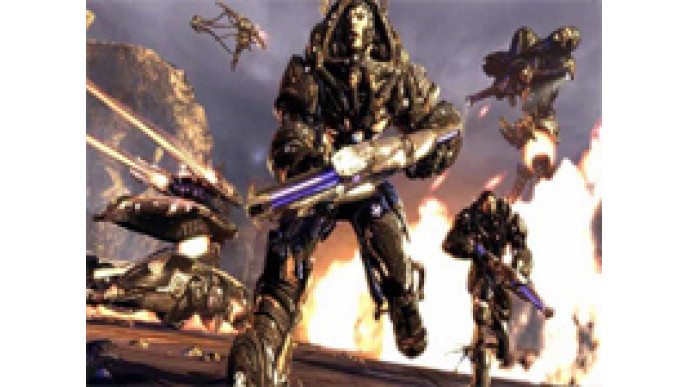 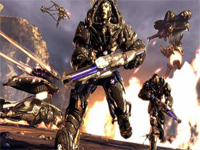 If you’ve been following my blog, you might have noticed in the past that I like PC games, especially first person shooters. When I see a particularly good deal, I like to share it with you guys! I’ve noticed that this weekend on Steam games, you can download and play Unreal Tournament Black for free!

I actually bought the full game a few months ago. I’ve been playing co-op missions with my partner to try and get through the game. When you’re playing the team games, you own team mates are so crap that there is no chance you can win some of the levels. But when playing in co-op mode, at least I have one real life smart person to play with.

I haven’t tried playing it online with total unknown people though, I’m not really into that. I’d much prefer to play with people I actually know in real life.

The original Unreal Tournament was one of the first ever “shooty death kill” games I’d ever played. I loved it to pieces! I just loved the thrill of head shot, double kill, multi kill, ultra kill, GOD LIKE! I spent countless hours playing on LANs with friends. The flak cannon was my weapon of choice, I was utterly lethal with it. I had played subsequent Unreal Tournament versions but didn’t really get into them so much. The introduction of the vehicles kind of annoyed me.

But in Unreal Tournament Black, it kind of feels like the gameplay has gone back to its roots. There are vehicles in it too, but I actually have good fun in them. There’s nothing more satisfying than squishing an enemy by running them over!

If you like the sound of it, you should give it a try this weekend, and see if you think it is worth buying.