The Humble Bundle: Support Charity & Pay What You Want for 3 Games From Double Fine + More! 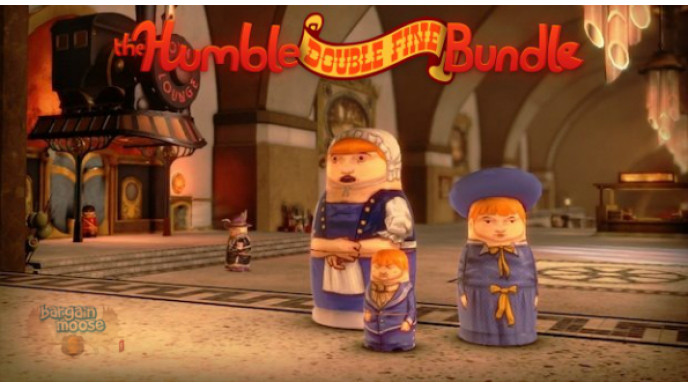 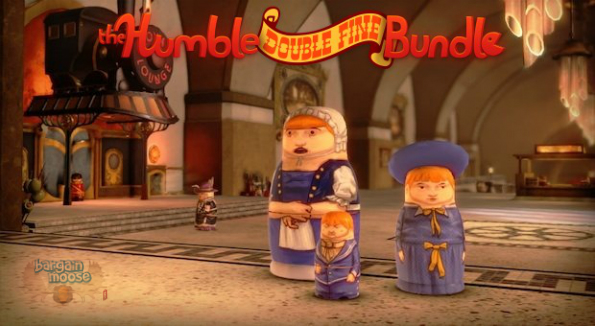 Double Fine and The Humble Bundle are teaming up to bring you some awesome games for an awesome cause!

So the whole deal with the humble bundle is that you pay whatever you want for a base of products. In this case you can pay whatever you want for three games. The games are all by Double Fine and Costume Quest, Psychonauts and Stacking. But that's not all! If you pay more than the average donation which, at the time of this writing, is around $8, you get another game! The bonus game is Brutal Legend. Now this particular bundle has some other cool stuff to it. Double Fine has been working on a game called Broken Age (formerly Double Fine Adventure) that they did a Kickstarter for. The Kickstarter is over but you can still get in on the Kickstarter rewards (pre-order, documentary, etc...) if you pay over $35 for this Humble Bundle. You'll also get all the games. And there is an even higher level! If you pay over $70 you get all the previous level plug a Double Fine shirt.

Now the humble bundle isn't just a great way to get great games for Linux, Windows or Mac. No, it's not just a place to get a bunch of awesome perks for supporting Broken Age. It's not even just a fantastic place to get a super cool shirt. It's all that AND a way to support charity! Basically you choose where your money goes. Want to give it all to charity? Awesome. Which charity? 50% to the EFF and 50% to Child's Play? Sure. Want to give 50% of your purchase to Child's Play, 25% to Double Fine and 25% to the people who put together The Humble Bundle? You can do that too. give it all the the Humble Bundle people? Yep. Whatever split you want!