By Christina M, 4 years ago 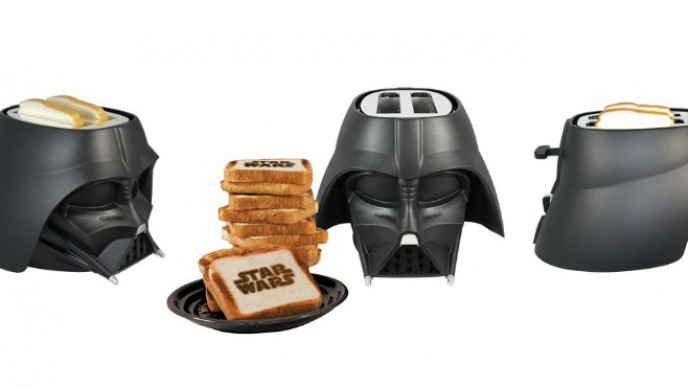 There was a little movie that came out when I was a kid that had everyone talking about light sabers and some guys Dad. Being more interested in Rainbow Bright than Wars in the sky, I paid little attention. It seems there's been quite a following ever since and today May 4th, has turned into a yearly celebration!

Of course I'm talking about Star Wars. I'm just waiting for the public shaming for admitting, I don't really get what all the fuss is about. Having said that, everyone else in my house is obsessed and going to be ridiculously excited, when they see the Star Wars Darth Vader Cool Wall Toaster from Best Buy appear on our counter!

I will say, it's a cool concept for fans and I'm all for anything that speeds up the breakfast menu negotiations on school days. The Star Wars logo magically appears on toast, when it pops out of Vader's helmet. On sale for $29.99 today only, it typically retails at 59.99!

Kids aside, I know more than a few Moms who would love this but in our house, it really is a Father's Day Gift.