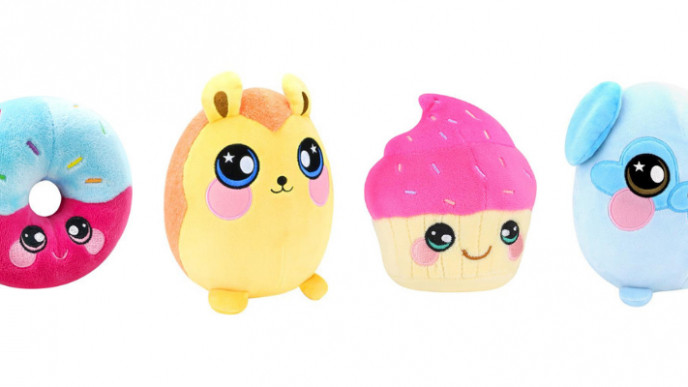 They're squishy, foamy and cute – and they're the toys kids are asking for all across Canada.

If you haven't heard of Squeezamals yet, here's a quick crash course: they're like squish toys but better. And now they're in stores!

As one reviewer mentioned, Squeezamals are a more practical alternative to squish toys. Since they're plush, they're softer and more huggable – and they last much longer, so you don't have to worry about them falling apart.

So far, I've seen them at Toys R Us Canada, Mastermind Toys and Walmart Canada. They're already starting to sell out, though, so I'd act fast if you ever find them in stock!

You can choose from larger plush toys or keychains, like this adorable Pepper Backpack Clip. This itty bitty penguin isn't available online, but you may be able to scoop one up in stores.

There are even more types of Squeezamals than you might think. In addition to the cute and cuddly pets, they also have a Dessert Series, including this Blue Donut! The bigger version sells for $7.99 at Toys R Us Canada, while you can pick up the mini one for $4.99.

And if your kids are collectors, be ready for them to start asking about the Squeezamals Black Box. It's a surprise box that sells for $34.99 and comes with six exclusive characters to uncover.